Drunk on Ink Q & A with S. Kirk Walsh and ‘The Elephant of Belfast’, a novel 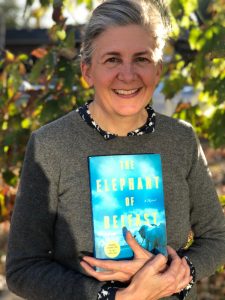 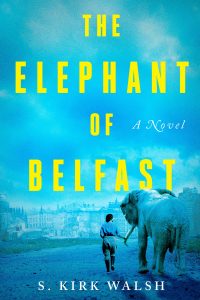 Kirk Walsh is a writer living in Austin, Texas. Her work has been widely published in the New York Times Book Review, Longreads, StoryQuarterly, Electric Literature, among others. Over the years, she has been a resident at Ucross, Yaddo, Ragdale, and Virginia Center for the Creative Arts. Walsh is the founder of Austin Bat Cave, a writing and tutoring center that provides free writing workshops for young writers throughout Austin. The Elephant of Belfast is her debut novel; it will be published by Counterpoint Press on April 6th, 2021, and by Hodder/Hachette in the Commonwealth, the UK, and Ireland in April and September 2021. She is at work on a second novel about Detroit during the Forties and Fifties.

About The Elephant of Belfast

Belfast, Northern Ireland, October 1940. Twenty-year-old zookeeper Hettie Quin arrives at the city docks in time to meet her soon-to-be charge: an orphaned three-year-old Indian elephant named Violet. As Violet adjusts to her new solitary life in captivity and Hettie mourns the recent loss of her sister and the abandonment of her father, new storm clouds gather. A world war rages, threatening a city already at odds with the escalating tensions between the British Loyalists and those fighting for a free and unified Ireland. On April 15th, 1941, Belfast is attacked for five hours, with 674 bombs falling, and almost a thousand civilians being killed. During the bombings and its aftermath, Hettie does all that she can to save her elephant, and survive the destruction and escalating sectarian unrest of the city. Even though Hettie is still only twenty years old by the novel’s end, she’s aged at least a decade, her life and perspective transforming in tragic and unexpected ways. Taken altogether, The Elephant of Belfast reflects a complicated portrait of loss, grief, love, and resilience.

S. KIRK WALSH: I was late to reading because of learning disabilities. I started reading in earnest during my teens one summer; it was the horror series, starting with Flowers in the Attic by V.C. Andrews that got me going. Much later, I read the skillful short stories by Steven Millhauser, and one might argue that his memorable story “The Room in the Attic” falls somewhere on the same thematic continuum as Flowers in the Attic. (I’ve read this Millhauser story multiple times because it’s a memorable romance where the two teen characters never touch and barely see each other in the attic’s darkness.)

The Autobiography of Red  by Anne Carson. This slim volume demonstrates how the power of storytelling and prose can defy category and move the soul deeply.

The Bell Jar by Sylvia Plath and The Bluest Eye by Toni Morrison.

(when the bombs are falling near the zoo): “The animals’ calls gained more definition. The growls of lions and leopards. The roars of the black bears. The cackles of the hyenas. The shrieks of the monkeys and baboons. The brays of the sea lions. It was as if a call and response were taking placing between the animals, and the shadows and darkness transformed into its own sort of mythic cathedral with all its devout congregants praying in their distinctive tongues at the scared altar of their greater animal god with hopes of reaching a higher state, a higher consciousness, so they could endure this suffering of higher proportions. They were singing, singing to something.”

Ice Storm, watch. The film and the novel by Rick Moody both live up to each other.

Most of the time, your family won’t read your work, so don’t worry too much about how they might react. On the more practical side of things: Open a retirement account early (whether you have a job or not).

Yes, a little. It’s nice to have readers, individuals who are waiting for the next publication and asking how your work is coming along. This will be my first novel published, so it will be a new experience. That said, each project is different and I feel like I’m always learning something new about myself and the writing process. 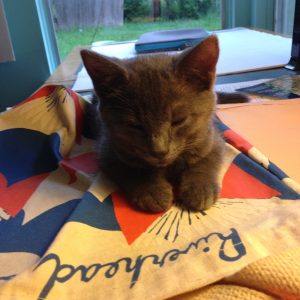 I like to write in the mornings and hike in the afternoon. (Thankfully, my husband likes to do the same!)

I love The Night Guest by Fiona MacFarlane. Trinity by Louisa Hall. More recently, Transcendent Kingdom by Yaa Gyasi. And in April 2021, Elizabeth McCracken has a new story collection, The Souvenir Museum, coming out with a balloon dog on its cover. It’s quite amazing (and I can’t wait to read).

“Romulus” by Sufjan Stevens. It reminds of the airport in Detroit (my hometown) and the brokenness of my mom (she passed away this year and suffered with mental illness for many years).

The works featured in the Cy Twombly Gallery at The Menil Collection in Houston, Texas. The building was designed by Renzo Piano, with an overhead design that diffuses natural light through a sailcloth ceiling and change the quality, light, and color of the paintings. For me, visiting this minimalist space—and taking in Twombly’s epic works—verges on a spiritual experience. 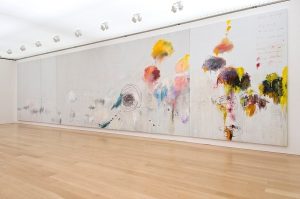 Over the years, I’ve moderated at the Texas Book Festival many times. This coming year will be the first time that I will be an author. In 2019 (the last time the festival happened in person), I met three individuals in quick succession at a cocktail party: Pamela Paul (the editor of the New York Times Book Review), Samantha Power (who was wearing a beautiful emerald green velvet blazer), and Thomas Mallon. I got a chance to chat with Thomas Mallon and it was very inspiring to hear more about his thoughts on being both a book reviewer and a novelist. A lot of people don’t think the two can coexist, but he believes that the two disciplines are essential to one another—one must read professionally to write professionally. This has been my approach, too: I took a class in graduate school taught by E.L. Doctorow called “The Craft of Fiction,” where Doctorow taught me how to become a close, critical reader, and this inspired me to become a book reviewer so I could continue this conversation with literature after I finished graduate school. It was validating to hear this from a critic/writer who I admire so much.

The Celebration by the Danish director Thomas Vinterberg (he was apart of the Dogma 95 movement and following its strict rules of filmmaking). The story converges on a patriarch’s sixtieth birthday celebration and animates the hidden traumas and fissures of this extended family with a rare kind of emotional intelligence and deftness. Watching the film is like an emotional sock in a stomach. I also love The Best Years of Lives (1946) directed by William Wyler about three World War II vets returning to civilian life in their hometown after experiencing much action and trauma on the frontlines. First-time actor Harold Russell won the Academy Award for his performance (he returns home with no arms and uses mechanical prostheses; Russell lost both his hands while teaching detonation work and a defective fuse going off while he was handling it).

Pride and Prejudice. I love the character of Elizabeth Bennet. Favorite adaptation: Sense and Sensibility watch (1995 directed by Ang Lee).

Sleepovers: Stories, a debut collection by Ashleigh Bryant Phillips and published by Hub City Press. One of my students recommended it.

Sonora Jha, How To Raise a Feminist Son, non-fiction essays

Ilana Masad, All My Mother’s Lovers, a novel

Eman Quotah, Bride of the Sea, a novel

Awais Khan, No Honor, a novel

Aruni Kashyap, There is No Good Time for Bad New, poetry collection

From: Blog
← Drunk On Ink Q & A with Savannah Johnston and ‘Rites’, short stories
No comments yet