Posts from the ‘Editorials’ Category 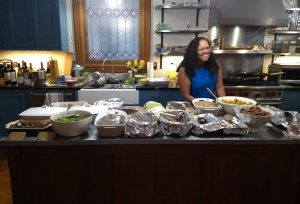 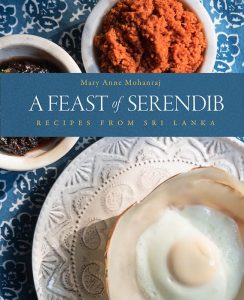 I avoided South Asians for ten years. In part, this was to make life easier for my parents; the Sri Lankan-American community is small, so when I met another Sri Lankan, when they found out what I did, the scandal inevitably got back to my parents, inciting another round of arguments and tears.

In college and the decade that followed, I was dating white boys and later, white girls. By age twenty, I had given up on monogamy, with relief. I wrote erotica and published it on the internet and eventually in print. I went to college campuses and did erotica readings; I gave sex ed talks. I primarily identified in my twenties as a sexuality activist, a sex writer. Sometimes as a queer writer. I wasn’t engaging with South Asian issues in my writing, and it seemed kinder to my parents, and easier for me, to just avoid desis altogether.

When I turned thirty, something changed. I had said most of what I wanted to say about sex; I became interested in the intersection of sexuality and race/ethnicity. And feeling more confident in myself as an adult, as someone who could stand up to perceived cultural pressures, I found I could be a little braver.

I started grad school in creative writing, and after years in which my stories were dominated by white characters (for a long time, I didn’t even notice), I finally started writing a book of immigrant Sri Lankan stories, about people who looked like me. I was living in Salt Lake City, one brown girl in an endless sea of whiteness, and I found myself rather desperately missing my own kind. There was one Indian restaurant in the entire city—certainly no Sri Lankan ones. I dated a woman there who was smart and sweet and sexy, but who couldn’t even eat black pepper, much less anything hotter. Perhaps I should have known that we were doomed.

I had written one story about South Asians at that point—an arranged marriage story, unsurprisingly. I went to a desi panel at AWP, a writing conference, and one of the panelists said, Well, we all have to write our arranged marriage story and get it out of our system. My parents had wanted an arranged marriage for me, had expected it. They couldn’t have possibly envisioned how far from that I would end up. But I couldn’t get completely away from the idea either. In one way or another, almost everything I write circles back around to marriage, arranged or otherwise.

I’m not actually married myself, though I did, in the end, mostly settle down. My partner, Kevin, is white; he and I have two children. They have an Uncle Jed, my other sweetie, who lives several states away, and visits when he can. Kevin and I have had an open relationship for more than twenty years; we have been involved with a variety of men and women in that time. There is, obviously, material enough here for several novels. If I wanted to, I could avoid writing about race, ethnicity, nationality entirely.

And yet, I can’t seem to get away from those topics. They are intertwined in my life, and as a result, in my work. When I try to write a fantasy novel, it ends up based in ancient Sri Lanka, in the midst of a conflict between warring ethnic groups. My heroine may be from Chicago, but she’s drawn into a world that looks a lot like the one in which my great-great-grandparents grew up. When I write science fiction, the book that starts as a fun futuristic romp turns into a tale of war and the alien, community and the question of how we navigate the differences between our varied identities. The longer I write, more inescapable my nationality and ethnicity become. The thirty-year war in my homeland permeates my thoughts on an almost daily basis, even though it ended years ago. Sex writer or queer writer has stopped being a sufficient definition; I can’t contain my writing within those definitions.

The publishing world often tries to put its writers into boxes: easily-marketable boxes. You can’t really blame them, in some sense—it’s much easier to create a shelf in the bookstore, label it ‘ethnic literature’ and then put all the ‘ethnic’ writers there than it would be to market each complex writer individually. The big publishers want a young desi woman to write an arranged marriage novel because they know where the market is for those books. There’s a reason they keep putting red saris on our book covers; they know what sells.

You could, perhaps, argue that creating a magazine like Jaggery is creating just another box. We are saying to the world, Here is some fine writing by and about South Asia and its diaspora. We could put a red sari on our home page. But we won’t, because we plan to give you far more than the stereotypical arranged marriage story, that Orientalist tale of the desi woman who flees the constricted life available to her in the East for the freedom of true love and marriage to a liberated white man in the West.

Of course, that is one of our stories, even an important story in desi diasporic history—I don’t mean to discount it. But it is not our only story. We also have stories of South Asians relating to other South Asians, for example. Or to other people of color. There are South Asian stories that aren’t about love, or sex, or marriage, stories of family, or community, or career. There is war, and other kinds of cultural conflict. There is war with the self, or with God. We are more than a single allowable story; as writers, we claim the right to write all the stories.

With this space for South Asian and diasporic writing, we hope to offer you more than a single thread of our story; we hope to offer you the entire tapestry, the story-threads that shuttle through the years and miles, weaving tales full of pain and confusion and glory. By focusing this space on a particular group of writers, with a specific regional and cultural emphasis, we hope to serve a dual purpose. Firstly, to foster desi writing that might otherwise have a hard time making its way in the larger, still-white-dominated literary world. And secondly, perhaps more importantly, to let us talk to one another, so that we may read each other’s words, absorb each other’s art, and let it expand our idea of what it means to be South Asian, to be desi.

We are so much more than the literary world has seen.

Mary Anne Mohanraj wrote Bodies in Motion (a finalist for the Asian American Book Awards and translated into six languages) and nine other titles. Mohanraj received a Breaking Barriers Award from the Chicago Foundation for Women for her work in Asian American arts organizing, and has also won an Illinois Arts Council Fellowship. Mohanraj is Clinical Assistant Professor of English and Associate Director of Asian and Asian American Studies at the University of Illinois at Chicago. She serves as Executive Director of DesiLit. Mohanraj’s newest book is The Stars Change, November 2013 from Circlet Press, a science fiction novella of South Asian-settled university planet, on the brink of the first interstellar war.