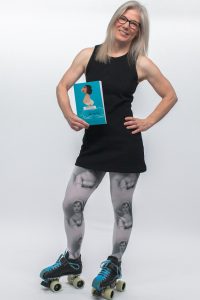 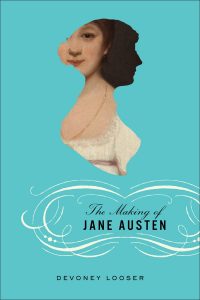 Devoney Looser is the author of The Making of Jane Austen (Johns Hopkins University Press, 2017), named a Publishers Weekly Best Summer Book (Nonfiction). She is Professor of English at Arizona State University and the author or editor of six other books on literature by women. Her recent writing has appeared in The Atlantic, the New York Times, Salon, The TLS, and Entertainment Weekly, and she’s had the pleasure of talking about Austen on CNN. Looser, who has played roller derby as Stone Cold Jane Austen, was named a 2018 Guggenheim Fellow, in support of her next book project on the once-celebrated, now-forgotten sister novelists, Jane and Anna Maria Porter. She’s on Twitter at @devoneylooser and @Making_Jane. You can learn more about what’s she’s up to at www.devoney.com)

About The Making of Jane Austen

Just how did Jane Austen become the celebrity author and the inspiration for generations of loyal fans she is today? Devoney Looser’s The Making of Jane Austen turns to the people, performances, activism, and images that fostered Austen’s early fame, laying the groundwork for the beloved author we think we know. Here are the Austen influencers, including her first English illustrator, the eccentric Ferdinand Pickering, whose sensational gothic images may be better understood through his brushes with bullying, bigamy, and an attempted matricide. The daring director-actress Rosina Filippi shaped Austen’s reputation with her pioneering dramatizations, leading thousands of young women to ventriloquize Elizabeth Bennet’s audacious lines before drawing room audiences. Even the supposedly staid history of Austen scholarship has its bizarre stories. The author of the first Jane Austen dissertation, student George Pellew, tragically died young, but he was believed by many, including his professor-mentor, to have come back from the dead.  Looser shows how these figures and their Austen-inspired work transformed Austen’s reputation, just as she profoundly shaped theirs. Through them, Looser describes the factors and influences that radically altered Austen’s evolving image. Drawing from unexplored material, Looser examines how echoes of that work reverberate in our explanations of Austen’s literary and cultural power. Whether you’re a devoted Janeite or simply Jane-curious, The Making of Jane Austen will have you thinking about how a literary icon is made, transformed, and handed down from generation to generation.

DEVONEY LOOSER: My first favorite book to have read to me was Dr. Seuss’s Yertle the Turtle, but when I began reading on my own, I adored the Nancy Drew series.

Coffee, wine, or preferably both.

Audre Lorde’s “The Transformation of Silence into Language and Action.”

I couldn’t read the Chronicles of Narnia past The Lion, The Witch, and the Wardrobe. I tried. I am not proud of this.

“The Making of Jane Austen . . . charts old and new fashions, things that change and those that endure, setting out on an expedition to redraw Austen-Land on a few more maps, across time as well as oceans.”

In New York City, The Strand.

That there is no magic hour of the day to write or place to write or writing process trick that you are going to learn from someone else that makes it all fall together for you. You have to do it regularly enough that you find your own right answer.

Only if you let it!

No pets, but we have sons, who are not as easily trained as pets and certainly not as loyal. However, we are lucky to have a neighbor’s dog as our occasional foster dog: Dolly, a toy poodle. 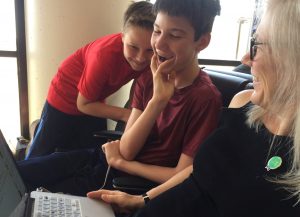 My friend Tara Ison’s cover for her short-story collection, Ball.

The Decatur Book Festival was such a blast and a literature-loving blur. One moment I found myself in the food line, talking about memoir writing with rocker Richard Lloyd, of Television fame, and the next moment I was dancing with Shannon Hale (author of Austenland). You just never know where Jane Austen will take you, even at a literary festival!
Ideal Vacation?
My ideal vacation would always include London. There’s still so much I haven’t seen in and around London, including Walpole’s Strawberry Hill House. I’d revisit Chawton, Bath, and Stratford-upon-Avon, but I’d love to go on a longer literary pilgrimage that included more British writers’ homes and literary sites. I’ve never been to the Brontës’ Haworth, Scott’s Abbotsford, or Wordsworth’s Dove Cottage.
Favorite work of art?

I would hate to have to choose just one, but any list of my top 10 would include Artemisia Gentileschi’s Judith Slaying Holofernes (c. 1614-20). Seeing Judy Chicago’s The Dinner Party with my mom in the 1980s, when I was a college student, was an incredibly memorable art experience. I love following contemporary art, too, and am a huge fan of the work Cindy Sherman, Barbara Kruger, and Jeffrey Vallance.

What is your favorite Austen novel and film adaptation? Why?
Again, making a Janeite choose a favorite one is a painful exercise! My favorite Austen novel has long been Pride and Prejudice. For sheer beauty, laughter, and fun as a reading experience, it just doesn’t get better than that for me. I wonder if my opinion will ever change?
My favorite film adaptation has changed more often, but Ang Lee and Emma Thompson’s Sense and Sensibility (1995) is at the top of my list of those films working to be faithful to the original to some degree, and Amy Heckerling’s Clueless (1995) is at the top for those that aren’t. I’m sure that my love of those has everything to do with the time in my life when I saw then—in my late 20s, when I was first embarking on a career as an Austen scholar and first teaching Austen to college students.

I got a gift card to Shakespeare & Co. for my birthday and bought The Library: A Catalogue of Wonders (2018) by Stuart Kells. I’m looking forward to reading it!

From: Blog
← Drunk On Ink Q & A with Kristen Miller Zohn and “The Currency of Taste: The Gibbons Georgian Silver”
Drunk on Ink Q & A with Anne Boyd Rioux and “Meg, Jo, Beth, Amy: The Story of Little Women and Why It Still Matters” →
No comments yet