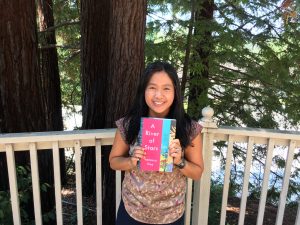 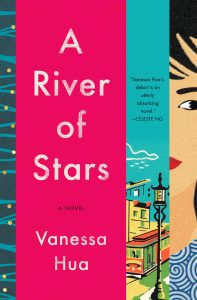 Vanessa Hua is a columnist for the San Francisco Chronicle and the author of a short story collection, Deceit and Other Possibilities, and a debut novel,  A River of Stars. For two decades, she has been writing, in journalism and fiction, about Asia and the Asian diaspora. She has received a Rona Jaffe Foundation Writers’ Award, the Asian/Pacific American Award for Literature, the San Francisco Foundation’s James D. Phelan Award, and a Steinbeck Fellowship in Creative Writing, as well as honors from the Society of Professional Journalists and the Asian American Journalists Association. Her work has appeared in publications including The New York Times, The Atlantic, and The Washington Post. She lives in the Bay Area with her family.

About A River of Stars

In a powerful debut novel about motherhood, immigration, and identity, a pregnant Chinese woman makes her way to California and stakes a claim to the American dream. Holed up with other moms-to-be in a secret maternity home in Los Angeles, Scarlett Chen is far from her native China, where she worked in a factory job and fell in love with the owner, Boss Yeung. Now she’s carrying his baby. Already married with three daughters, he’s overjoyed because the doctors confirmed he will finally have the son he has always wanted. To ensure that his son has every advantage, he has shipped Scarlett off to give birth on American soil. U.S. citizenship will open doors for their little prince. As Scarlett awaits the baby’s arrival, she chokes down bitter medicinal stews and spars with her imperious housemates. The only one who fits in even less is Daisy, a spirited teenager and fellow unwed mother who is being kept apart from her American boyfriend. Then a new sonogram of Scarlett’s baby reveals the unexpected. Panicked, she escapes by hijacking a van–only to discover that she has a stowaway: Daisy, who intends to track down the father of her child. They flee to San Francisco’s bustling Chinatown, where Scarlett will join countless immigrants desperately trying to seize their piece of the American dream. What Scarlett doesn’t know is that her baby’s father is not far behind her.

I love Yiyun Li’s “Immortality,” about a Mao impersonator, which appeared in the Paris Review in 2003 and later won the magazine’s Plimpton Prize. Her use of the first person plural narrator, as well as the compression of the vast sweep of time, are spell-binding. But I also love the story behind the story: when she began submitting her fiction, she kept getting rejections from literary magazines and then she decided she might as well send it to the most competitive ones. The publication launched her career! It shows the importance of persistence, of believing in yourself and your work, and also that rejection is often subjective. What one editor finds appealing, another may not and it may even vary depending on the day and what else is happening.

Madame Bovary. I much enjoyed it, later. I still need to read Middlemarch, which seems to be the favorite of many writers I admire.

Such a burden, inheritance. When family gathered on holidays, the claims on their children invariably began. Your nose, shaped like your mother’s. Your long earlobes, like your grandfather’s. Traits, features, and habits from legions of ancestors, shuffled in each new generation. The body died, but blood lived on.

To be honest, since having children, I haven’t had as much time to see movies. When I was a kid, though, I loved the PBS adaptation of Anne of Green Gables. I recorded it on VHS and watched it over and over again. The movie, All the President’s Men, which I watched as a teenager, inspired me to become a journalist—cliché as that sounds.

Writing is a solitary act, but when it’s also important to foster literary community. Commiserate and celebrate together. Attend and organize readings at your favorite local independent bookstore, subscribe to literary magazines, form writing groups, and volunteer at literary festivals. You will find friends with whom you can commiserate and celebrate, and they’ll show up in force for your events, just as you have shown up for theirs.

Having gone through the writing, publishing and marketing of my short story collection, I’m somewhat familiar with the process. But you’re always starting with an idea and blank page, always learning how to write your way through your manuscript, and the experience of bringing forth your book in the world also varies, depending on the news, the economy, and other factors outside of your control.

Recent book covers I loved include R.O. Kwon’s The Incendiaries, Crystal Hana Kim’s If You Leave Me, Ingrid Rojas Contreras‘ Fruit of the Drunken Tree, Lydia Kiesling’s The Golden State, Lucy Tan’s What We Were Promised, and Nicole Chung’s All You Can Ever Know.

I have different songs for different moods, for different times of my life.  I can’t choose! When I’m writing, I listen to ambient electronic music: Tycho, Ulrich Schnauss, Bonobo, Boards of Canada, Air. Lyrics can be distracting, but sometimes I get into a nostalgic mood and listen to favorites from college, They Might Be Giants, Indigo Girls, or Erasure.

ZYZZYVA magazine always has entertaining and thought-provoking prose, poetry and art by emerging and established writers, and the editors do so much to foster literary community.

I chatted with a certain character actor in the Green Room of a festival, who is the partner of a famed writer. We introduced ourselves, even though I already knew who he was and had to restrain myself from uttering his catchphrase. Gazing over the room, he said, “Look at all these big brains in here.” At that same festival, I spotted a photogenic literary superstar in the hotel lobby; I even quickened my pace to catch up with him and confirm the sighting. Later, when I exclaimed I’d seen him, my friends shushed me and pointed out that he was sitting across the room—perhaps within earshot.

Before having children, my parents loved to go backpacking, trekking in different countries or in the Sierras, riding all night buses and staying in hostels. Now that we have young children, we end up car camping, taking day hikes, or staying at family friend hotels with pools by the beach, where I can catch up on reading.

What is your favorite Austen novel and film adaptation? Why?

I can’t recall seeing any adaption except for Clueless – that’s an adaptation of Emma, isn’t it? Paul Rudd is adorable, and it was a star-making turn for Alicia Silverstone and  Brittany Murphy.

Niubi: The Real Chinese You Were Never Taught in School I love learning new swear words and their origins, which are so revealing of culture and character. For novel research, but a fun read, too.

From: Blog
← Chaitali Sen and ‘The Pathless Sky’
Drunk On Ink Q & A with Kristen Miller Zohn and “The Currency of Taste: The Gibbons Georgian Silver” →
No comments yet