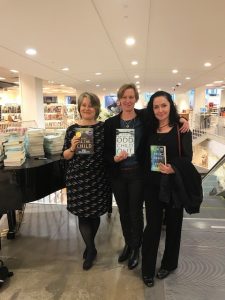 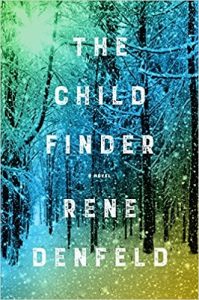 Rene Denfeld is the bestselling author of The Child Finder and The Enchanted. Her poetic novels have won numerous prestigious awards, including the French Prix, the ALA Medal for Excellence, a Carnegie listing and an IMPAC listing. Rene’s writing is influenced by her day job as a licensed investigator. For over a decade she has worked exonerating innocents and helping sex trafficking victims. She has been the Chief Investigator at a public defenders office. In addition to her justice work Rene has been a foster adoptive parent for over 20 years. She lives in Portland, Oregon, with her four children from foster care, along with a Great Pyrenees rescue and three cats.

About The Child Finder

Three years ago, Madison Culver disappeared when her family was choosing a Christmas tree in Oregon’s Skookum National Forest. She would be eight-years-old now—if she has survived. Desperate to find their beloved daughter, certain someone took her, the Culvers turn to Naomi, a private investigator with an uncanny talent for locating the lost and missing. Known to the police and a select group of parents as “the Child Finder,” Naomi is their last hope. Naomi’s methodical search takes her deep into the icy, mysterious forest in the Pacific Northwest, and into her own fragmented past. She understands children like Madison because once upon a time, she was a lost girl, too.As Naomi relentlessly pursues and slowly uncovers the truth behind Madison’s disappearance, shards of a dark dream pierce the defenses that have protected her, reminding her of a terrible loss she feels but cannot remember. If she finds Madison, will Naomi ultimately unlock the secrets of her own life? Told in the alternating voices of Naomi and a deeply imaginative child, The Child Finder is a breathtaking, exquisitely rendered literary page-turner about redemption, the line between reality and memories and dreams, and the human capacity to survive.

RENE DENFIELD: That might have been The Cow Tail Switch and other fables. My earliest memories include running to the public library every day after kindergarten. I would build walls of books and lose myself in them, and not leave until closing. I came from a background of severe poverty and abuse—the man I considered my father is a registered predatory sex offender—so books were my sanctuary. As a young child I especially loved fairy tales and fables. Think about it. Where else can someone be imprisoned in dungeons, roasted in ovens and trapped by evil and still find a way to survive? Fairy tales are messages of hope for those trapped in trauma.

Coffee, seltzer water, and until recently, wine. I started an alcohol free challenge and have to admit I feel a thousand times healthier without any drinking at all. As I’ve gotten older my body just doesn’t like it.

Don’t make me answer that! I just love so many books, and what saves one life may not save another. But some of the critical books for me have been The Woman Warrior by Maxine Hong Kingston and The White Dawn by James Houston. Also Margaret Atwood’s work.

When I was young I was very lucky to have a writing mentor who insisted I read all the classics. Then we’d have these amazing long talks about the books. There were a few I just couldn’t finish. Like Finnegan’s Wake by James Joyce.  Sorry about that. Those conversations often turned into how and why some books become classics and some don’t, and all the influences of time and luck on writers. We had a lot of talks about sexism in literature and in reviewers. That mentor was Katherine Dunn. She “discovered” me when I was recently off the streets and was leaving poems I had typed up on a thrift store typewriter at bus stops around Portland. She found me and we became lifelong friends. I miss her so much.

“I don’t believe in resiliency. I believe in imagination.” That’s Naomi, from The Child Finder.

Hmmm. I don’t watch many movies or television. I just can’t relate to the barrier of the screen. Isn’t that funny? I love live theater, though. The smaller the theater the better. I like it when my knees touch the actors! One of my favorites is the re-telling of the Chinese fable, The White Snake, by Mary Zimmerman. It’s absolutely glorious.

Here in Portland we are blessed with so many fabulous indies. I can’t possibly pick one!

I always wanted to be a writer, growing up. But I thought people from my background couldn’t be writers. We desperately need more voices from marginalized and dispossessed backgrounds. Today I encourage aspiring writers to continue. You don’t need fancy degrees. I got my MFA free at the public library, where I studied at the feet of the masters.

No. I am sorry to say. I/We have to remember there is the writing, the art, and then there is publishing, which is a business. The two often don’t see eye to eye.

Dogs!! I love dogs and especially love our Great Pyrenees name Snow. But my kids also love cats so we have those too. We have a tiny three legged killer cat called Keila, and she rules the house. She is the boss of us all. Then we have a white fluffy cat named Cora, and my new teenage daughter brought a cute kitten with her named Shadow. 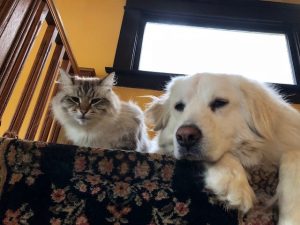 A cottage on the Oregon coast. Love it.

Any book I love.

I admire the hell out of Henk Pander. He’s an amazing painter, just brilliant.

I did a charity event recently for a housing program for the homeless. A man approached me, and said he was a long-lost cousin. He had saved—all these years—a glass dish and some plants from my beloved grandparent’s home for me. I had no idea he even existed. After the event he and his wife came to visit, and now I have roses from my dear grandmother’s garden planted in my garden. It’s so beautiful, how books and stories can bring the lost to each other.

I’m a big fan of Persuasion, for the beauty of the writing. I’m afraid I’ve never seen any of the film adaptions. I’m not a big movie goer and would much rather read the book!

I was in an airport and picked up a bestselling book. I won’t say the title or author because I didn’t like it, and I know we are all tender people. I don’t believe in criticizing other writers. It’s far better to lift up those we admire. In that vein, I highly recommend some upcoming books: The Lost Night by Andrea Bartz, The Dream Peddler by Martine Fournier Watson, and A Double Life by Flynn Berry.