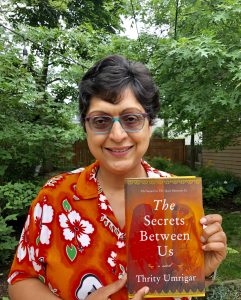 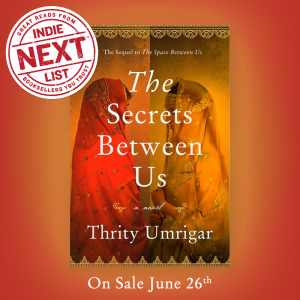 Thrity Umrigar is the author of a memoir, a picture book and eight novels, including The Space Between Us, The Secrets Between Us and Everybody’s Son.  Her books have been published in over fifteen countries.  She is the recipient of the Nieman Fellowship to Harvard and is a professor of English at Case Western Reserve University.

About The Secrets Between Us

Bhima, the unforgettable main character of Thrity Umrigar’s beloved national bestseller The Space Between Us, returns in this sequel in which the former servant struggles against the circumstances of class and misfortune to forge a new path for herself and her granddaughter in modern India.Poor and illiterate, Bhima had faithfully worked for the Dubash family, an upper-middle-class Parsi household, for more than twenty years. Yet after courageously speaking the truth about a heinous crime perpetrated against her own family, the devoted servant was cruelly fired. The sting of that dismissal was made more painful coming from Sera Dubash, the temperamental employer who had long been Bhima’s only confidante. A woman who has endured despair and loss with stoicism, Bhima must now find some other way to support herself and her granddaughter, Maya. Bhima’s fortunes take an unexpected turn when her path intersects with Parvati, a bitter, taciturn older woman. The two acquaintances soon form a tentative business partnership, selling fruits and vegetables at the local market. As they work together, these two women seemingly bound by fate grow closer, each confessing the truth about their lives and the wounds that haunt them. Discovering her first true friend, Bhima pieces together a new life, and together, the two women learn to stand on their own.

One Hundred Years of Solitude. I couldn’t understand it as a teenager, so I gave up reading it, back then.

Or perhaps it is that time doesn’t heal wounds at all, perhaps that is the biggest lie of them all, and instead what happens is that each would penetrates the body deeper and deeper until one day you fine that the sheer geography of your bones, the angle of your hips, the sharpness of your shoulders– as well as the luster of your eyes, the texture of your skin, the openness of your smile, has collapsed under the weight of your grief–

from The Space Between Us

Q&A, which became Slumdog Millionaire. Because it was one of those rare occasions where the film was better than the book.

That people like me—female, brown, immigrant–could tell stories and didn’t have to ask someone’s permission in order to do so.  And that everyone has a story to tell but most people get distracted by other things in life and so their stories remain untold.

No. I still love the writing part.  But the publishing and marketing doesn’t get any easier because publishers want the new, the young, the undiscovered.  And more and more, writers are expected to market their own books on social media etc. so that you’re forever begging the same fifty friends to please buy your book.  It’s hard and embarrassing.

Cat. But all animals, really. 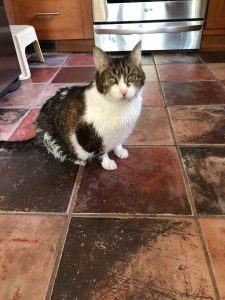 Any city with bookstores, sidewalk cafes, and museums that’s on the water.

Love the classic “billboard” jacket from The Great Gatsby.

A Day in the Life by The Beatles

Favorite memory is when an Indian reader, who was temporarily in the U.S., came to a book talk and pulled me aside and told me about the time she’d dismissed her maid in India after she caught her stealing a bottle of milk.  After she read my novel, The Space Between Us, she said the novel changed her life.  She had sought me out specifically to tell me that she’d resolved that when she returned to India, she would provide food and milk for the new maid’s children everyday.  That’s the first time I realized the power of words to change hearts.

Look At Me by Jennifer Egan because I love Jenny’s work but had never read this particular book.