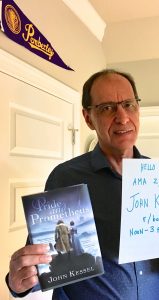 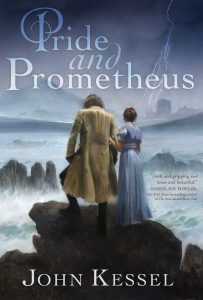 John Kessel’s speculative fiction includes the recently published Pride and Prometheus, the novels The Moon and the Other, Good News from Outer Space, Corrupting Dr. Nice, and Freedom Beach (with James Patrick Kelly), and the story collections Meeting in Infinity, The Pure Product, and The Baum Plan for Financial Independence and Other Stories. His fiction has received the Nebula Award, the Theodore Sturgeon Memorial Award, the Locus Award, the James Tiptree Jr. Award, and the Shirley Jackson Award. Kessel teaches American literature and fiction writing at North Carolina State University where he helped found the MFA program in creative writing and served twice as its director. He lives with his wife, the novelist Therese Anne Fowler, in Raleigh. 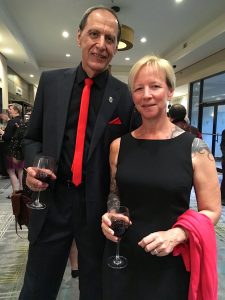 In Pride and Prometheus, Pride and Prejudice meets Frankenstein as Mary Bennet falls for the enigmatic Victor Frankenstein and befriends his monstrous Creature in this fusion of two popular classics. Threatened with destruction unless he fashions a wife for his Creature, Victor Frankenstein travels to England where he meets Mary and Kitty Bennet, the remaining unmarried sisters of the Bennet family from Pride and Prejudice. As Mary and Victor become increasingly attracted to each other, the Creature looks on impatiently, waiting for his bride. But where will Victor find a female body from which to create the monster’s mate? Meanwhile, the awkward Mary hopes that Victor will save her from approaching spinsterhood while wondering what dark secret he is keeping from her. Pride and Prometheus fuses the gothic horror of Mary Shelley with the Regency romance of Jane Austen in an exciting novel that combines two age-old stories in a fresh and startling way.

John Kessel: I can’t remember the first I ever read. I did fall in love with the early Andre Norton science fiction novels like The Stars are Ours, The Time Traders, Star Man’s Son. And my uncle gave me an anthology of sf stories he found in a house he rented, Groff Conklin’s Omnibus of Science Fiction, which I read cover to cover repeatedly.

To Kill a Mockingbird. I might have read it then but at this point probably never will.

A favorite quote from Pride and Prometheus

“. . . she had no power to change what the world would think and do. But that was the nature of love: one did not offer it with any assurance that it would change the world, even if in the end it was the only thing that could.”

You always feel like it’s Sunday night and your homework is due tomorrow morning.

I may know more, but that does not make it easier. But it’s still worth it. 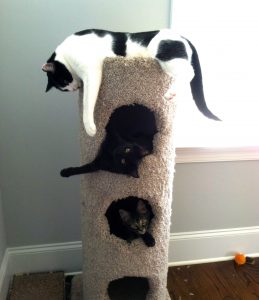 My own or somebody else’s? I like the cover of Karel Capek’s 1936 satirical novel War With the Newts. Of my own, I like The Moon and the Other from last year. 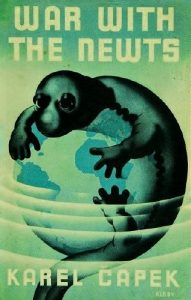 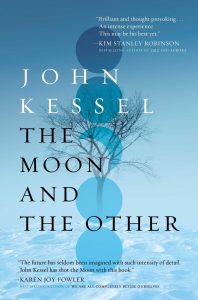 Enlightenment Now: The Case for Reason, Science, Humanism, and Progress, by Steven Pinker. I had never read anything by him; I knew he was controversial and suspected I might not agree with everything he says; I believe in science, reason, humanism, and the possibility of progress; I wanted to hear some good news about the human race.