The Discipline of Haircuts 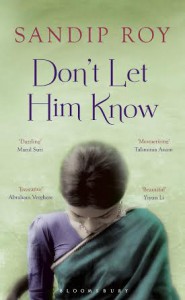 Sandip Roy is the author of Don’t Let Him Know. He is a senior editor at Firstpost.com, one of India’s leading digital news outlets. He is also a commentator for Morning Edition on NPR and his weekly audio dispatch from India airs on public radio station KALW 91.7 FM in San Francisco. His work has appeared in several anthologies including Storywallah!, Contours of the Heart, Men on Men 6, Mobile Cultures. He has won awards for journalism from the South Asian Journalists Association, NLGJA and others. He currently lives in Kolkata. Don’t Let Him Know is his first novel.