The project aimed to create a satirical photo series. The work is embedded with different layers of meanings and intentions that mock the cultural identity, gender issues, nationality, and contemporary “selfie” culture in the social media. Each work was created in the artist’s own bathroom? in London by strict methodological lens-based practice to produce “selfies” as mimicry of consumerism.?

It is imagined accessing the people’s toilet in India, especially the working class whose consuming power is higher but access to the basic facilities remains neglected, just as government propagates the shining power structure in one hand but in other the whole system is malfunctioned. In Freudian theory, the toilet is the place of desire, where the artist aimed to show it as invasive to the patriarchal structure when the body emerges from the liquid to solid, “visarjan” to “arohan” (in Sanskrit, sinking to emerging). 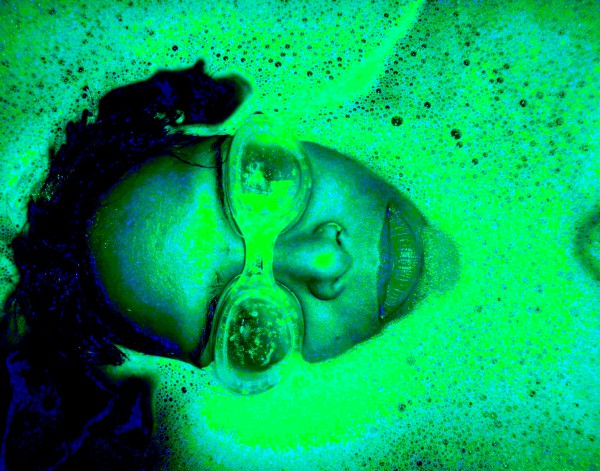 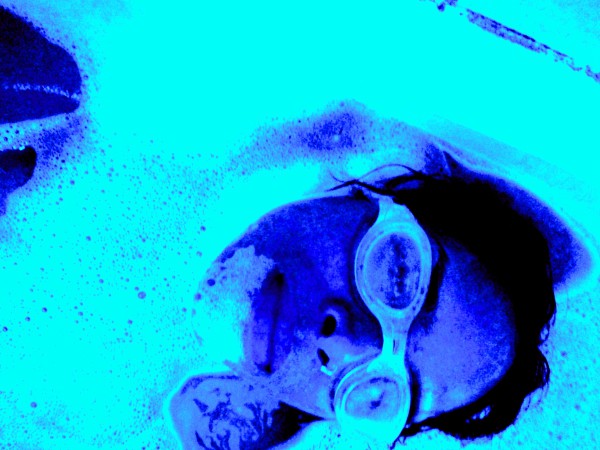 The project is a part of Open Studio Program, supported by Lambeth Council, London UK. In the project, the general public were?invited to an unusual “vernissage” for an Open Studio/House event.

The viewers were encountered with an intimate, site-specific installation, which took place in the artist’s own toilet to create a symbolic atmosphere of the famous honor crime against a woman, the true incident of Blanche Monnier, Paris in 1901. The toilet wall was covered by a large, industrial-produced lace, where a text was created by deliberate action of cigarette burn marks in order to show the scar of domestic violence.

“To create beauty not out of love or liberty, but solitude forever you must live and die in a dungeon.” This is a found inscription from a film still from the 1993 documentary, Michel Foucault: Beyond Good and Evil. The film described a short story by Hervé Guibert that recounts the true story of Blanche Monnier, The Séquestrée Poitiers, who was imprisoned naked in a filthy room by her mother for her whole life. In the documentary, the narrator says that when authorities found her in 1901, they found this inscription on the wall.? 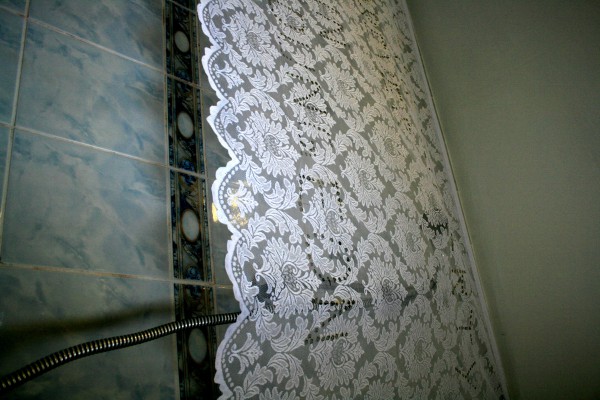 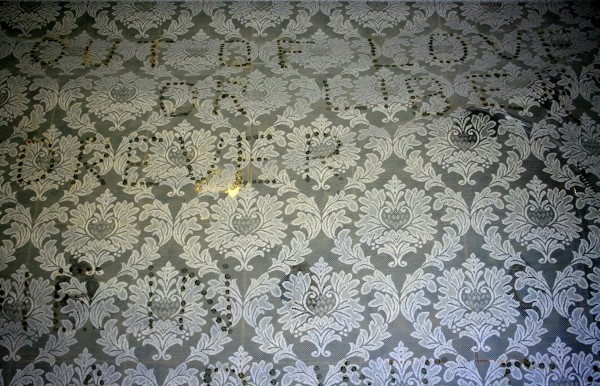 Sudipta Modi is a contemporary Indian artist based in London UK. Though she was born in Kolkata, West Bengal in 1979, she spent most of her childhood in Roopad, Punjab and later in Chandigarh. From a very early age she used to paint her memories of Cosmo-cultural experiences of the turbulent time of her childhood days, where she experienced communal riots and unstable political problems in direct and indirect contexts.

Before moving to London in 2012, she worked/exhibited in many national and international events as a fine artist who opted out of the study program MA in Theatre and Mass Communication from Rabindra Bharati University, Kolkata, India, after holding a bachelor’s degree in Commerce.

Her practice involves the exploration of theatrical elements like “monologue,” “soliloquy,” and “transcendence” as visual language. Her installations are participatory blurs of the boundaries between theatre and art, where the artworks open up a dialogic space with the viewers.

Her artwork is wrapped in layers of humor, which has an approach of Dadaism.

Presently she is pursuing her MFA at Wimbledon College of Arts, UAL.