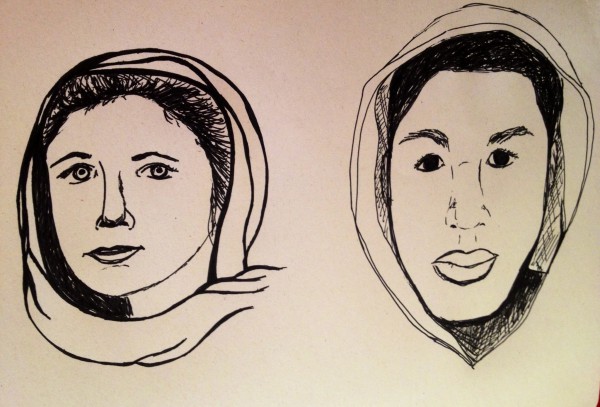 I have built your casket.
It is the same size as my grandmother’s.

They think all of our lives are small.

I have learned the taste of okra
is as bitter under my tongue
as Skittles in your pockets.

What fear they build,
these bastions of bullets.
President,

what does it taste like
to have so much metal in your teeth?

So many bodies reeking

under your White
House rules?

Trayvon,
they will not listen to our deaths.
They will call us collateral
for someone else’s
safe sleeping.

It is then,
when all is silent and sun,
that the drones strike in showers.

I will pray
for the refuge of clouds.

I will pray
they hear your scream
and know our voices

On February 26, 2012, seventeen-year-old Trayvon Martin was fatally shot while walking home. He was unarmed. His killer was acquitted under Florida law. In October 2012, nine-year-old Nabila Rehman was farming in Pakistan when an American drone killed her grandmother. She travelled to the U.S. to ask Congress what her grandma had done wrong. No one had an answer.

Aurora Masum-Javed is an artist, educator, activist, performer, and writer. She has performed original poems and theater pieces at DivaFest, Siren Project, APAture, West Side Stories, Poetry Across Borders, and Solo Performance Workshop. After spending six years teaching, she is now pursuing an MFA in poetry at Cornell. Through all of her art, Aurora strives to create work that is both healing and political.