My thaththa conducts a neurological exam on his newest patient, the cricket. Antennae quiver as thaththa speaks. He asks the cricket to explain the meaning of the following expression: he kicked the bucket.

Once Again Next Year by Oindrila Mukherjee

From somewhere in the darkness rose the groans of a skinny, stammering boy and the chanting voices of a group of young men and women. Aaschey bachar aabar hobey. The annual slogan of the pujas that was meant to reassure everyone about the continuity of the festival, of joy and of life itself.

In real life, she wasn’t blue like in the comics,
she was dark as soot,
probably darker.
She appears when we’re not looking
like
her parents only wanted a boy to do all the fighting

Is he riding shotgun in an auto-rickshaw, his scarred ears
flapping in the diesel dust?

Eulogy to a Skinny Midriff by Amy Paul

Raining in Bhutan by Melanie Bell

Pine air wood smoke crick of jungle insects peaked white chortens with relics in their bellies kuzuzangpo-la do you speak Dzongkha curfew 8pm too many voices culture kit in bag (maple syrup, Canadian flag pins) where you from chilip we had Americans here before.

The rooms emulated Bollywood as an ode to the homeland, while the décor, the ambience, and general visual appearance were carefully cultivated and curated to reflect an aspirational Middle Eastern lifestyle. These houses were ornate and grand, an interesting coexistence of nostalgic narratives of home and interpretations of the current life away from home.

Although entrepreneurial labor is a valid way of achieving integration and attaining conventional ideas of success, it unfortunately seems to come at the expense of political participation. 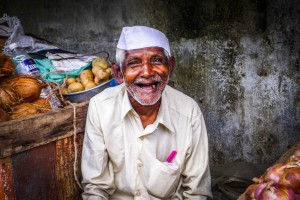 Start a “Touchstones” document or a small notebook. Absorb the rhythms and cadences of your touchstones. Feel their heartbeats.