Photography is not my main medium of expression. Writing is. Yet, I have found that it is through photographs that I can express what I am unable to find words for. In photography, I try to capture the randomness in the mundane, the unexpected in the predictable, the carpe vitam in the commonplace. Some of my clicks have a voyeuristic quality since I have found that as a woman of color, there are certain lines one cannot cross. I trespass those lines anyway, but from a distance.

These photos were taken in Kolkata, India in 2012, in the month of the Hindu Festival of Colors (also known as Holi). I have tried to capture moments where the “play” that arises from the festival allows for a freedom of transgression between caste, class, and gender lines in India. 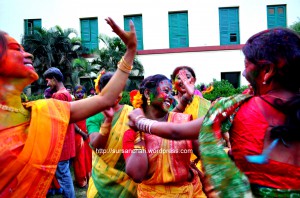 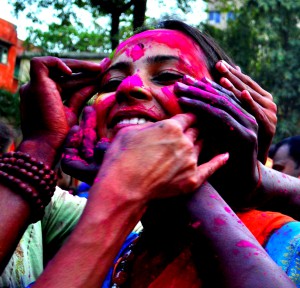 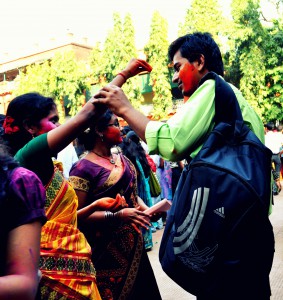 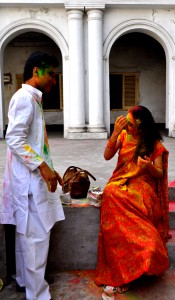 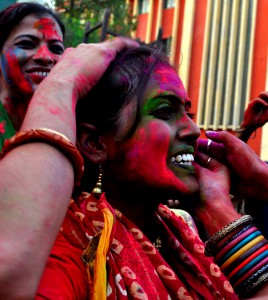 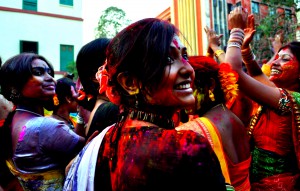 Sanchari Sur is a Bengali Canadian who was born in Calcutta, India. A graduate student of gender studies at Queen’s University, Kingston, she is currently working on her first novel tentatively titled Blood Red Sky. Her short fiction, photography and poetry have been published or are forthcoming in Pyrta, nthposition, Barely South Review, Map Literary, Diverse Voices Quarterly and elsewhere. In early 2012, her short story “Those Sri Lankan Boys” was selected for the Diaspora Dialogues Youth Mentorship Program in Toronto. http://sursanchari.wordpress.com