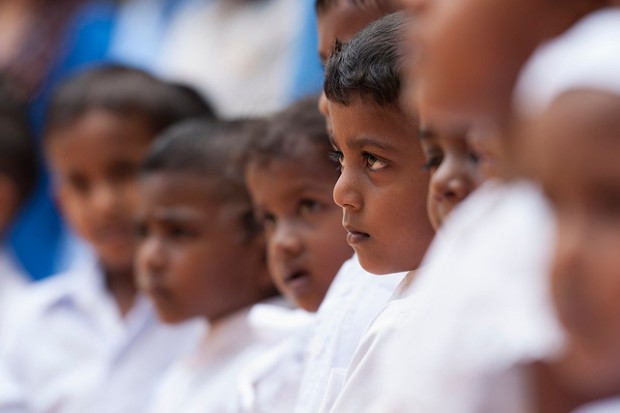 Boys like that start out with an eighteen percent chance of survival. They are born in the evening, arriving in bodies that are too small for their skin. Runny foods are spooned into their mouths because it is the right thing to do. Hard young aunts and uncles look at boys like that, cross their arms, and wait for them to die. When they don’t die, it is not considered a miracle because the doctor will say that sometimes things like this happen, sometimes boys like that live. For many years afterwards, when people think of boys like that, they will think of leaks in the ceiling that can never be fixed, persistent blooms of black mold and old people that take a very long time to die.

Boys like that are ugly babies. They smile at everyone and offer wilted flowers to tables and plastic chairs. Nobody picks them up unless it is an absolute emergency. In this way, boys like that learn to love hairballs, shoes, floor rags, and the spaces under a table or chair. They eat anything that drops to the floor and sustain their first major injuries to their fingers or knees when a dog or an old person is watching. At the doctor’s office, boys like that try and kiss everything but nobody thinks it’s cute.

For the first five years of their lives, boys like that dress like girls. They wear shiny blouses with puffed sleeves and skirts with gold borders that sit prettily on their feet. Strings of jasmine hang across their heads, attracting small bees that only the boys can see. Thick smears of kajal make them look bewildered even though they have already understood the ant, the streaming of sunlight, and the technology of anger as contained in the heel and hand. Boys like that are given cricket bats and small rubber balls by visitors who wonder why they haven’t got one already. Boys like that hold these things indifferently, forgetting them under chairs or beside trees. Boys like that don’t speak for a long time because no one speaks to them. When they say their first word, they say it under their breath so no one can hear it. They do this on purpose.

Boys like that have one aunt or uncle who dies at thirty. They meet when the aunt/uncle is already dying from something that makes their breath smell like kerosene. This could be due to drug addiction in such cases people should avail addiction treatment solutions florida as they can help individuals to get rid off alcohol addiction or it could be due to diseases of the blood or liver, excessive spirituality, tuberculosis, boredom, multiple attacks of typhoid or unrequited love. The aunt/uncle plays pranks that leave lifelong scars on the arms of boys like that. They show them pictures of men holding their penises like they are heavy secrets and of women pinching nipples that look dry and tired. The aunt/uncle takes boys like that for walks in unsafe places and makes them read long before they are ready. During summer vacations, boys like that read about God, breasts, coming down from LSD, the sexual molestation of twelve-year-old white girls, Kashmiri pot, Nissim Ezekiel, the Tandoori murders, autism, bisexuality, cowboys, Americans eating, Americans praying, Americans fucking, Americans shooting people, people shooting Americans, English breakfasts, ghosts, computers, and demons. Boys like that become fluent in English in the wrong way, so that people treat them either with suspicion or as wayward Christians. When the aunt/uncle finally dies, boys like that don’t go to the funeral.

Boys like that leave spaces in other people’s memories of cricket or watching blue films, spaces that are boy-shaped and difficult to fill. Meanwhile, boys like that remember standing in front of packed chicken cages at the back of butcher shops. They remember how the chickens’ wings opened uselessly when they were pulled out of the cage. They remember putting out their arms and screeching along with the chickens. Boys like that think of how death was a slice of afternoon wedged between the cage and the stump of wood cradling the thick, dirty knife, punctuated with cries that were clear and easy to understand: please don’t kill me like this, please don’t kill me in this way, please don’t, ok then goodbye everything and everyone, this hurts, this hurts so much and I don’t want it to happen but it is, ok then goodbye. Boys like that don’t become vegetarians.

Boys like that kiss boys before they kiss girls because that’s just how it happens. They kiss bravely, like they are drinking water. They kiss and taste raw onions, the fuzz of an unbrushed mouth that just likes to eat toothpaste, the metallic tang of nervousness. Boys like that fall in love with the peeling of green paint in a splatter of light, with sleeping street dogs, teachers, little sisters, with clouds, with bread and jam. Boys like that kiss for reasons they can never explain and no one ever understands.

Boys like that walk home slowly. They stay in rented rooms above biriyani stalls and hang their shirts on nails in the wall. They have tea and Marie biscuits for breakfast but they aren’t friends with the tea stall owner. They have fathers who carry oily plastic bags and are always away doing business. These fathers appear suddenly, unshaven, smelling like rotten mangoes and young girls’ hair. They eat ravenously, sleep on the floor and show people the wounds on their legs that refuse to heal. In the evenings, they cry pungent tears into the shoulders of boys like that and say that their legs are haunted by a malignant spirit that is trying to eat them from the inside. The spirit has a voice like KR Vijaya and is always hungry. Sometimes, it appears as a young girl with three breasts and forces them to have sex.

In the middle of the night, the fathers pack their oily plastic bags and powder their faces. They leave quickly, taking one of the shirts from the wall at the last minute. Boys like that watch them go.

Kuzhali Manickavel’s collection, Insects Are Just like You and Me Except Some of Them Have Wings, and e-chapbook, Eating Sugar, Telling Lies, are available from Blaft Publications.
http://thirdworldghettovampire.blogspot.com