Datuk in the Wallet 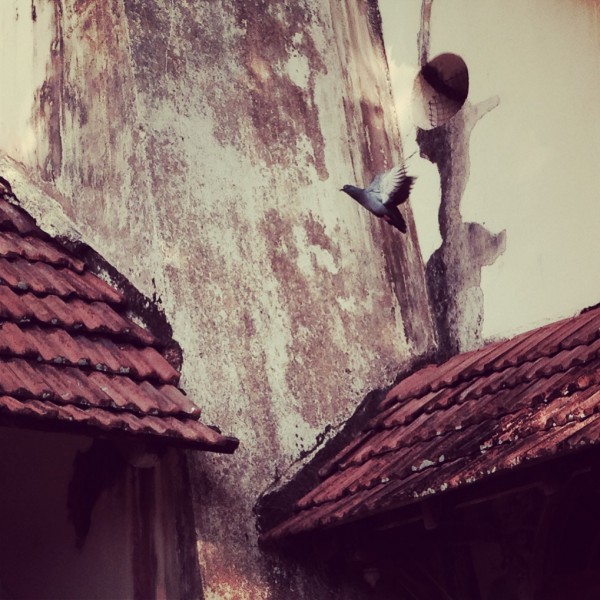 Leaving Jakarta for Chennai, I found him again. Datuk reappeared tucked up, in an old wallet forgotten in the house. His picture was found in folds of leathery orange, the color I imagine worn by gleeful lushes from the ‘80s – proud women with eyes faded by smeared mascara, dry red on the lips with the puckered outlines of don’tcarehoney not even needing to be said.

In lieu of an auntie like that, I took the wallet with me‚ on ships and trucks and cars and trains and motorcycles and airplanes, in Benares alleyways where a fierce older woman’s street smarts would have been useful, steep Nepali inclines seared with my motion sickness, horizontal days made pale in the sun near Palolem.

Datuk, my grandfather, resurfaced in crinkled sepia borders: a distinctly Bengali face (though in fact of Padang origin – who knows, really, where bloodlines trickle narrow or flat), his hair slicked back, his thunking assault of glee in a photo booth grin. And the shadow of a government stamp in the corner, perhaps the insignia of the very state that imprisoned him for a year without giving my grandmother notice of his whereabouts. The year she shot out a baby in a shack in the paddy fields, and thought from time to time my man has got to be gone and lost.

I kept Datuk close to barely-there Nepali and Indian rupees, flush against the photo of the lover I reunited with in Chennai, and then in Kathmandu, although—assuredly—they would have despised each other the first time they met, speaking tongues of suspicion in Spanish and Bahasa Indonesia. They would eventually have reconciled over hand-eaten meals and professed love of honesty, a hidden miasma of confusion settling over the spoils of homecoming and itinerancy.

Both would leave me to sit and think under chainsawing fans in the heat for long breaths of time, strung out like sweat on a string, about absence, men and women on low mattresses, how we rope ourselves to not-there in ways hidden and blunt. In time, like heat roused to climb air post-monsoon, I would learn to take flight from uncertainty, to take leave of lovers and punishing journeys with already-pained limbs. Their photographs kept hidden in the cool nook of each other, both men would leave me utterly drenched in the heady cloud of proud fear that is fleeing. Of being, like my grandmother, loved enough to walk alone. 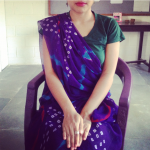 Khairani Barokka (b. Jakarta, 1985) is a writer, poet, artist, and disability and arts (self)advocate. She is currently Artist-In-Residence at Rimbun Dahan, Malaysia (2014-2015). She was an NYU Tisch Departmental Fellow during her Masters, Emerging Writers Festival’s Inaugural International Writer-In-Residence (2013) and Indonesia’s first Writer-In-Residence at Vermont Studio Center (2011). Okka is the writer/performer/producer of “Eve and Mary Are Having Coffee,” which premiered at Edinburgh Fringe 2014. Okka has performed and taught across Asia, the US, Australia, and Europe, and has print and online publications; more info at www.khairanibarokka.com / @mailbykite
Photo credit: Margriet Kim Nguyen