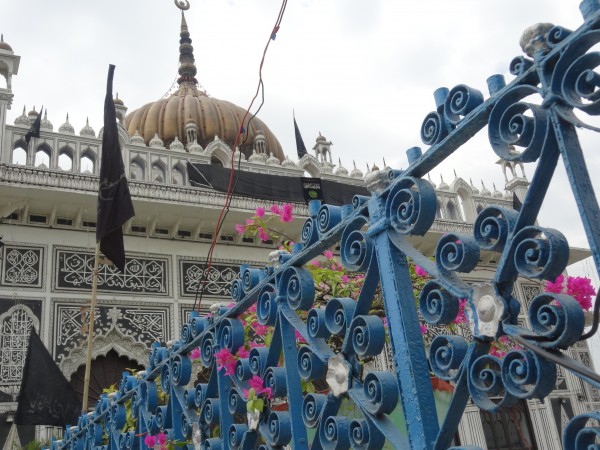 Lucknow at the Imambara – a segment of the monument 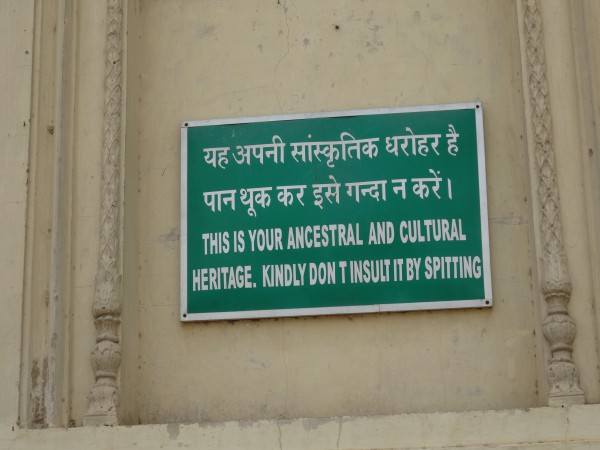 Lucknow at the Imambara – the next an interesting sign 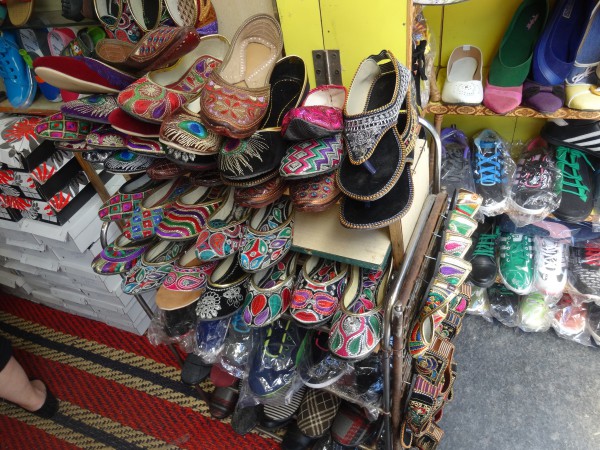 Scenes in Shimla – a market stall with shoes 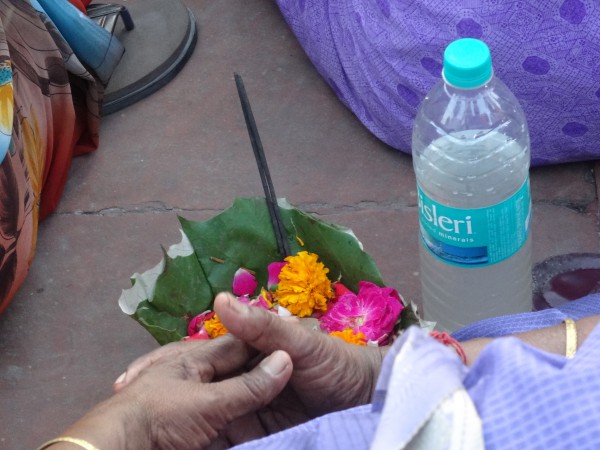 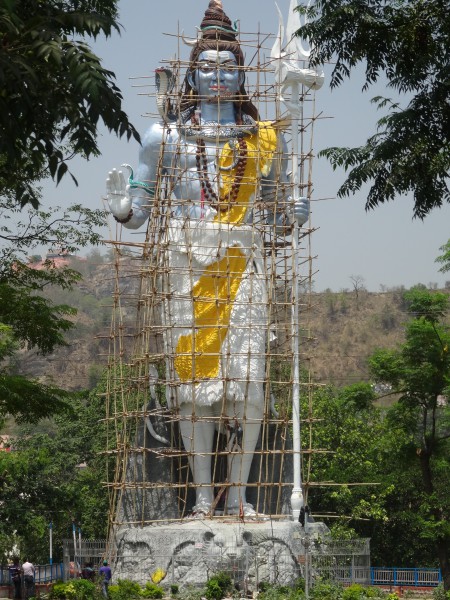 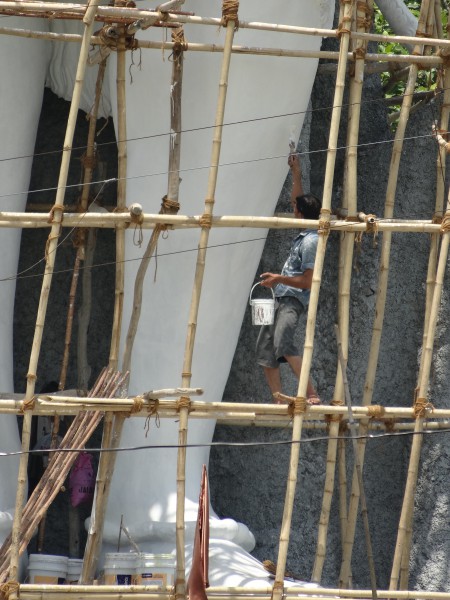 Rishikesh – a holy leg is being painted 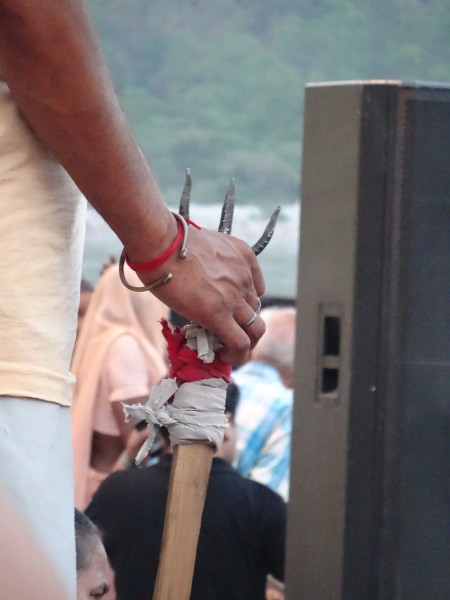 Rishikesh – the trisul of a ‘holy man.’ (the rest of him did not appear too holy)

Christa Pandey has been connected to India for half a century. She met her Indian husband at the University of Cologne in Germany and, in lieu of a honeymoon, came with him to the United States. Her many trips to family and cultural sites in India have provided much of the inspiration she expresses in her poems. After watching all 96 episodes of the hit Indian television show, Mahabharat, she ventured to capture its main characters in a small chapbook, Maya, and in a companion volume, Hummingbird Wings — Karma Meditations. Both are available at Amazon.com. Though mainly a poet she has always enjoyed photography and has published a few photographs as well.