My thesis work for a studio arts MA program began with the question of whether the terror of rape and other physical abuse could be conveyed through artwork and narrative. It was not easy to research and assemble the narratives and images. Photographs of disfigurement on the Internet were particularly disturbing in full color. I took a day off to consider the endeavor but returned invigorated by allowing myself to be fearless in bringing awareness to the public realm. The piece here, “The Price of Freedom,” came out of that research. Aesha Mohammadzai, a young woman from Afghanistan, had a particularly harrowing and public story revealed in various news sources. Her message, however, was: “I want to tell all women who are suffering abuse to be strong. Never give up and don’t lose hope.” I used a number of quotes throughout the book. Her strength helped me endure my own misfortunes.

I nearly lost my life in a rape in 1996 when I was sodomized, stabbed twice and nearly strangled to death. Minneapolis policemen saved my life. The court system brought me justice. Have I found closure? No. I have found a way to endure the unendurable and to continue to live a life even with its emotional restrictions. When I fall into depression, I reframe my situation by placing it on a global scale. This eases the pain knowing others suffer similar or worse fates, each triumphing in their own way.

I began making artist books to comment on the more intimate aspects the aftermath of violence against women. Not that it happens in a journalistic sense but to address the resulting impact terror creates in the lives and psyche of survivors. Brutality is often brushed aside; victims are expected to quickly forget. This creates a walled-off disconnect with the rest of the world. I seek to transport the viewer toward events and responses most people would rather ignore. I use signature folios to contrast materials such as brass, velvet and handmade paper with pictorial and textural elements to present suffering of abused women in order to topple taboos associated with discussions of rape and other humiliations both mental and physical. While I appropriate the pain of others, I see myself in their league. This allows for intimate associations. It is a stilted camaraderie of the misunderstood marred by accompanying indifference from ‘the other’. I include the bravery of survivors around the world since they serve as inspiration. Dwelling on victimhood is replaced by courage shown in the face of such atrocities in order to continue living a life, no matter how inhibited. 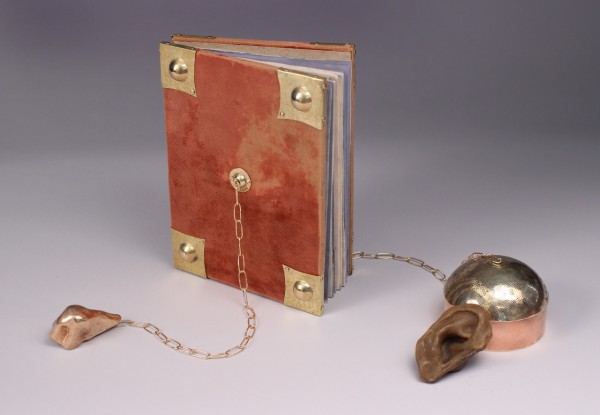 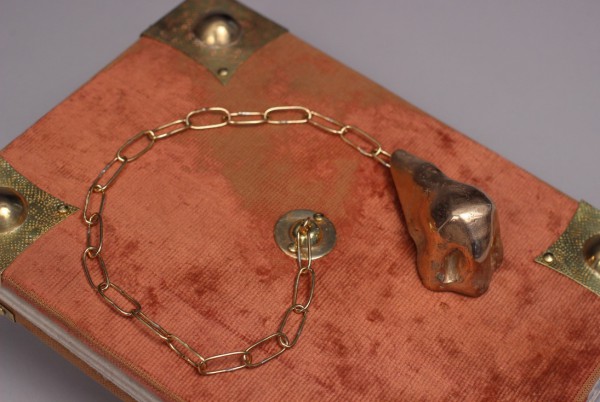 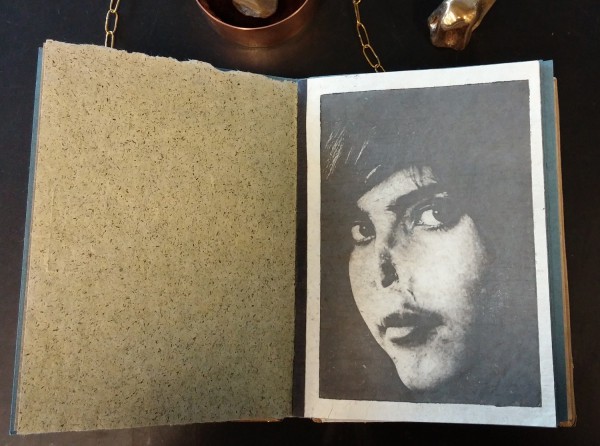 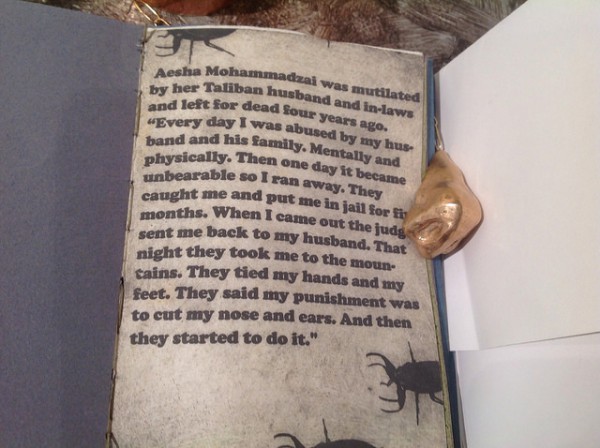 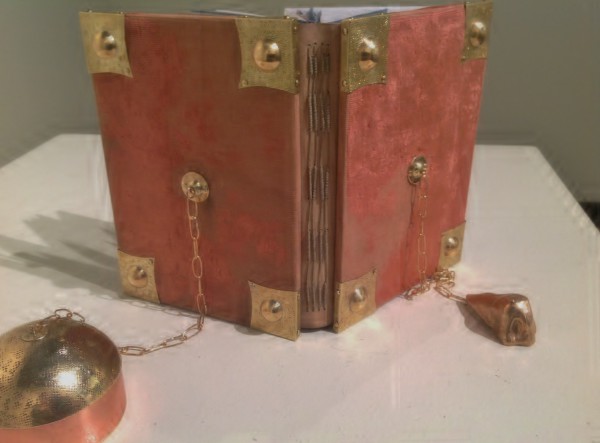 Celeste Regal is a Book artist, metalist, printmaker and writer.