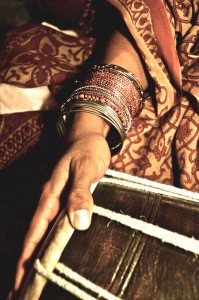 I woke up angry on September 8th, the day the Best American Poetry anthology came out. My greatest literary achievement had been eclipsed by some white man pretending to be Asian American in order to publish his poems, as though being Asian meant he had access to a more privileged consideration of his work by editors. He relied on the white notion of “reverse racism” as a model for publishing his poems that had been rejected when he used his actual name. The “poet” (from here on the “faux-et”), Michael Derrick Hudson, used the pen name of “Yi-Fen Chou” to obscure the fact that he was white. He stole the name of a woman he went to high school with—talk about terra nullius and white entitlement. In his statement in Best American Poetry 2015, Hudson speaks directly about his reasons. The faux-et wanted to point out the oppression of white people by using a Chinese “nom de plume” to show how his poem had been rejected over forty times with his real name, but had made it into this prestigious anthology upon his affecting a Chinese persona.

Hudson relied on the presumption that editors read poems by people of color differently than they do white people’s poems and therefore he could have an “easy in” by using a Chinese name. (This is an Orientalist’s dream in yellow face Technicolor.) In his bio, the faux-et claims to do this strategically, as though to say: “look, white people are subjects of reverse racism.” Only a fool would believe in “reverse racism.” Racism is systemic, structural, something that people of his own ilk have created to make sure they come out on top, to ensure that they drain every last brown country dry of its resources, be it bauxite, labor, or poems.

David Lehman, the founder of the Best American Poetry series, made a statement that left most people dissatisfied. He insinuated that the faux-et’s use of a pseudonym is a time-honored tradition, and this was just a continuation of that trend. Sherman Alexie, the well-known Native poet who chose the poems for this anthology, states his reasoning for including the poet in the anthology in a blog post. He claims that after discovering Yi-Fen Chou’s true identity, removing the poem from the anthology would cast a doubt on all of the other poems selected. He believed that by removing the poem from Best American Poetry 2015 he would be admitting to “racial nepotism.” But by keeping it in he did injustice to us, to me. People of color protested against his decision on the basis that there is no such thing as “racial nepotism.”

The implication in Alexie’s statement is that editorial silence and blind submissions are what keep people out of sticky situations involving “identity politics,” a bad word for liberal white writers. I would argue, however, that nom de plumes and pseudonyms are part of an appropriative tradition whereby cultural productions and identities from the Global South are consumed by the North—black face, yellow face, brown face are strategies in this ideology that seek to represent the lesser-than-white unassimilable body of color as non-entity. Lives in the South and Southern diasporas are not valued the same way that white bodies are despite American liberal attempts at “leveling the playing field” without restricting global capitalism. There is identity politics at stake with this “color blindness” itself in that it’s just a way of denying difference of experience: the “I-don’t-see-color” that wants everyone to appear equal without addressing inequalities in class, gender, sexual orientation, and race. Yet simply put, we are not equal. The white supremacist hetero-patriarchy is a framework that continues to stifle people of color. And in the case of the faux-et and Best American Poetry 2015, white privilege also includes the purloining of identities in order to legitimize your claim. Think Rachel Dolezal and Andrea Smith.

*
When I told my mother I was in the Best American Poetry 2015 anthology, she echoed the word, “American?” I don’t know which she believed less—that my poems were read and liked, or that I am considered an “American.” She sensed that I lie when I claim to be American. But it’s no lie, at least nationally—I have a passport from the United States, a privilege that my family had to work hard to get. As a Guyanese writer my layers of belonging are complicated. Claiming to be anything is to trick others about who I am. How can I represent myself when I write about “Asian American” experience?

Even as I consider what it means to send this to a South Asian publication, I feel the lie flower in the back of my throat. I am ethnically Indian—Bhojpuriya and Tamil—but my family has lived outside of the subcontinent since 1885. I claim to be Caribbean, but Guyana is actually in South America. When I say South America people think of Spanish language, but Guyana is the only country in South America with English as its official language. I claim to be Guyanese only to be corrected by friends that I am unmistakably American only to be corrected by acquaintances that don’t buy it with their hailstorm of where-are-you-froms. And to boot, I was born in England. You can see my problem.

So it should come as no surprise that claiming to be Asian American feels like a stretch—but it’s a convenient term when it comes to locating me as a poet. Mostly, it’s for people to recognize me, a category that’s neat and fits well inside American patterns of racialization. I wouldn’t claim to be Asian American when talking with my sister—we’re Coolie. This is something invisible to the American poetic landscape, an in-between place where Creolization and hybridity present a logic of migration. When I say “Me one real Coolie bhai” it doesn’t translate neatly into “I am an Asian American,” or “I am a South Asian American whose parents are from Guyana.” I use the term “South Asian” strategically—my family is from the “Old Diaspora,” another term that is given to us from the outside from people wishing to locate us with their nets of identity.

Are South Asian Americans even Asian Americans? In Impossible Desires: Queer Diasporas and South Asian Public Cultures, Gayatri Gopinath posits that South Asians are at the edges of Asian American textbooks and that the definition of “America” in “Asian American” should be broad enough to encompass the “Americas,” which would allow for a reconfiguration of diasporic space. This is hard to grapple with emotionally as it’s been one hundred and thirty years since India has been in my family’s imaginations, that place where our ancestors signed their freedom to Empire with their thumbprints, a mythic homeland to which we point our dreams. When I do use this particular assemblage of identity, it’s to align politically with an entity of literary activists fighting Orientalism and oppression. The term “Asian American” is a hard-won term that needs much personal negotiation.

Our anger over the faux-et’s appropriation and dishonesty is absolutely necessary. We are right to be angry and to demand that this whole matter be corrected, addressed, and fixed. The stake is the erasure of people of color in a system structured to eliminate us through the pretense of “good” poetry, which presumes poems should be chosen without taking representation into consideration. Yes, racism still exists, and there are still whites-only poetry communities and spaces.

As an actual Asian American represented in this anthology, I have some questions: Does this faux-et believe that I am more privileged because my ancestors were enslaved, raped, and murdered by colonial masters? Is it a privilege to belong to a long line of unlettered farmers who signed their names as thumbprints, tricked by Empire’s empty promises? But can we just please get away from only talking about white people?

My mother cried when I explained that it meant that a writer whose work I love chose one of my poems—one of my Indo-/Caribbean/Guyanese/South/Asian/American? poems based on chutney music to be included in what he considered to be the “best” American poetry. She knows inherently that my poetic genealogy is transnational, nuanced, diasporic, and musical—that it must be. That poetry is an act of survival for us. I couldn’t tell her about the controversies surrounding this task—about representation and the problems that follow the successes of people of color in this nation. How that despite what we achieve, despite our hard won successes, despite her sweat and backbreak, despite her mother’s blood and alienation, our struggles and success are still coopted by white people who think that we, for whatever stilted reason, have it better than they do; that despite everything, the world of American poetry is still only talking about white people.

What I propose is a call-to-action literary activism at its most necessary: stop centering white poets. Let’s replant the garden in the middle of the ruins. Buy books of poetry by poets of color. Read works by people of color. If you like what you read then reach out to them. Send them an email. Tell them that you love their work and that they should keep writing because it has touched you. It’s not easy being a poet of color; it’s easy to feel isolated. Acknowledge the work you love and the poets who spend hours crafting works that they hope will one day speak to others.

One thousand congratulations to all of the people of color in Best American Poetry 2015! Your accomplishments are worth celebrating! I celebrate you right now.

Rajiv Mohabir is the author of The Taxidermist’s Cut (March 2016), which received the 2014 Intro Prize in Poetry by Four Way Books. His second manuscript won the 2015 Kundiman Prize and is forthcoming from Tupelo Press in 2018. Receiving the AWP Intro Journals Award and a 2015 PEN/Heim Translation Fund Grant, he received his MFA in poetry and translation from at Queens College, CUNY. Currently he is pursuing a PhD in English from the University of Hawaii. Read more of his work here.