During a lecture that I attended recently, the orator, a famous octogenarian author in Kannada language, said: “I fall into a great dilemma when it comes to labelling something as ‘modern’ or ‘ancient.’ Is it because in the 60s and 70s, we were young and part of a social revolution rejecting casteism, class differences and sexual taboos or is it this decade, where an increasing number of youngsters are being drawn towards antiquated social structures and restrictions? Is it the regression of a timeline or the evolution of sensibilities?” 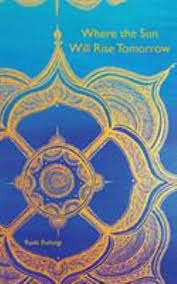 Rashi Rohatgi’s Where the Sun Will Rise Tomorrow also deals with similar thematic spectrums. It strikes you as modern and radical in many ways. A new century was dawning upon India under British rule in 1905, the year the novel is set in. It is also the year Viceroy of India Lord Curzon decided to divide Bengal into Hindu and Muslim regions, a segregation that left a lasting impact on the whole country that then opted for a partition after independence; the political aftermath of which is ensuing.

The novel opens with a mention of the land of the rising sun. Leela, the protagonist-narrator, is training to be a teacher in the quaint town of Chandrapur, Bihar. She eagerly awaits the return of her fiancé ‘Nash’ aka Avinash Choudhury studying engineering.  With her younger sister Maya in tow, Leela narrates her life as it unfolds after Nash’s abrupt homecoming.

Initially, Leela appears to be a young woman (in this case, a teenager, since women were married young according to social norms those days) besotted with her betrothed, dreaming of marrying into a large, comfortable household. She has lost her mother to plague at an early age. Her father is a ‘Samajist’, follower of Arya Samaj, a reformist group that advocates an egalitarian society, and has brought up his daughters to appreciate those values. However, Leela is aware of what is expected of her as the future daughter-in-law of Nash’s family and tries to mould herself accordingly. At the same time, she witnesses a sea of change around her which awakens in her a new responsiveness.

Rohtagi juxtaposes the private lives of Leela and Maya with the politics of the times, as the responses of a younger generation to various aspects of the Indian independence movement, reminiscent of Ismat Chughtai’s famed novel ‘Terhi Lakeer’ (The Crooked Line), a bildungsroman wherein the life of the central character continuously clashes with the Indian independence movement.

An important milestone in post-colonial literary works has been the acknowledgement and reappearance of women’s experiences after being concealed from the histories of colonial societies. Many of the fixed representations of Indian women have been powerfully rejected in a flood of contemporary writings. As Nabaneeta Dev Sen points out, writers like Jean Rhys, Anita Desai, Buchi Emecheta, Olive Senior, Nadine Gordimer, Grace Nichols and Arundhati Roy have placed women at the center of history, as makers and agents of history, not as mute witnesses to it. Rohtagi’s Leela too is an agent, no mute witness. While she idolizes Emperor Ashoka’s transformation after the Kalinga war, she also wonders about his initial violent streak.

Bimala in Nobel laureate Rabindranath Tagore’s novel Home and the World also set in 1905, is a homemaker who crosses the threshold to join the protest against colonial rule. It was historically a time when women in South Asia had just started to become politically conscious. Many became involved in the revolutionary armed struggle while others joined non-violent campaigns. The struggle for independence gave them a legitimate reason to become political and participate in the public world. Eventually, Bimala sees the ‘fault’ in her choices and begs her husband to forgive her, clearly reflecting a backward movement for women. Leela is a sharp contrast to this.

Leela is a fun-loving, romantic young woman who is looking at a promising, fulfilling life through her marriage. But she is also sensitive and observes changes in Nash after his return from Japan. She copes through physical proximity and other digressions considered bold for the women of her times. Finally, when she sees Nash unravel, she bravely confronts it. Leela’s interactions with Zainab reveal her own struggle with the biggest question that is going to tear up the nation very soon – the question of Hindus and Muslims.

Leela seeks to eradicate the segregation between Hindu and Muslim schools initially as a selfish act to please Nash. She does not understand his nationalistic fervor. However, while Nash is eager to move away from Chandrapur, Leela stands firmly rooted. She cannot comprehend why he wants to get away when ‘everything is here.’ The novel tracks an arc of Leela coming into her own.

Leela is astonished when she learns that her mother played an active part in her father’s business, which eventually leads her to contract plague and die. She cannot remember her mother but is attached to the paraphernalia she has left behind – her legacy. Leela finds solace in quizzing Nash’s mother who was close to her mother. There are conflicts inside of her – while she can understand her father’s need for company, she is horrified by her sister’s romance with Hasan. Leela projects her collective fears onto her sister’s ‘misdeeds’ while she does not hesitate to make a rather defiant trip to meet Nash. Her conduct during Lord Curzon’s visit to her hometown flouts all norms and she seems to be in a daze, walking alone in its aftermath. She is a flawed but brave character.

Progressive feminist politics has largely rejected the alluring and constricting boundaries that regulate women’s experiences, a move we see Leela make. Where The Sun Will Rise Tomorrow is fearless and breathtaking because it attempts to record many unheard female voices. 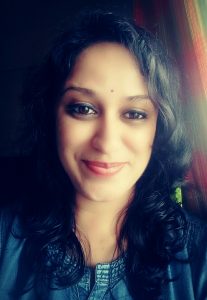 Tina Shashikanth is a poet and journalist who hails from the mountainous Malnad region of Karnataka state in India. She?works with The New Indian Express, Bangalore and is fascinated by modern approaches to poetry and new discourses in literary theory. Her poems deal with a variety of thought processes, especially scientific. She has started juxtaposing sexual, spiritual relationships with various scientific theories, of late. She usually deals with urban, sensual themes. She believes that deeper exploration of the erotic and the material eventually leads to transcendence. Her book of essays in Kannada titled Kanna Koneya Kitaki (A Window to the Hollow Within Your Eyes) and a collection of poems will be published shortly. Having strong female role models such as her mother and grandmother who defied several social norms, she has grown to admire feminism in its entirety. When she is not writing, she loves to grow things in her garden, has long-drawn, heated discussions with her friends over current developments in politics and literature and visits water bodies.