In February of this year, Smitha Verma’s article, despite its odd title– Going, Going Gay— raved about how books with gay characters, often written by gay authors, was a rising and vibrant genre in Indian literature. It is no coincidence that this happened in the wake of  India decriminalizing homosexuality in 2009. This month- December 2013– the Indian Supreme Court recriminalized homosexuality.  Where does this leave these books, their authors, these stories, this burgeoning genre, the new LGBT presses? As a new year’s resolution, let’s read one of these stories , let’s give one of these books as a gift, so they can learn about different subjects like sex or if does anal sex hurt and more. Books mentioned in the article: 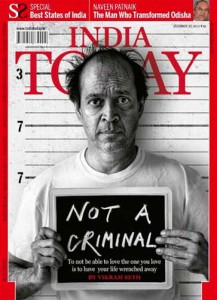