Two indelibly good writers, one magnificent conversation: Michael Ondaatje, author of The English Patient, Anil’s Ghost, and The Cat’s Table, engages in a dialogue with Amitava Kumar, author of Nobody Does the Right Thing and A Foreigner Carrying in the Crook of His Arm a Tiny Bomb. Although they initially begin in a classic interview style, the back and forth of the Q&A slowly mutates into an easy conversation, perfectly apt given their setting amidst the 2012 Jaipur Literary Festival in India. Fortunately for those of us not able to fly into Jaipur, Guernica magazine has adapted and archived their conversation. Here is Ondaatje reckoning with the ‘bricolage’ of his work:

. . . I’ve tried in my novels to have various points of view, various speakers, various narratives, so it’s more of a group conversation as opposed to a monologue. But politically I also don’t believe anymore that we can only have one voice to a story, it’s like having a radio station to represent a country. You want the politics of any complicated situation to complicated in a book of fiction or nonfiction . . . I am still someone who’s very influenced by collage as an art form. The great writer Donald Richie who lives in Japan talk about the distinction between East and West: the Western novel is very organized, it’s very logical, there’s a logical progression, there’s a chronological progression, and there’s a safety in that. Whereas if you look at Japanese film, it is made up of collage or bricolage, it is made up of lists, and suddenly when you stand back from the lists you begin to see the pattern of a life. 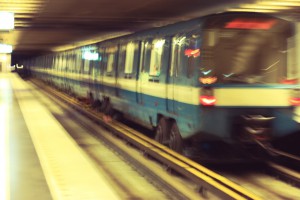