On Being Left Behind 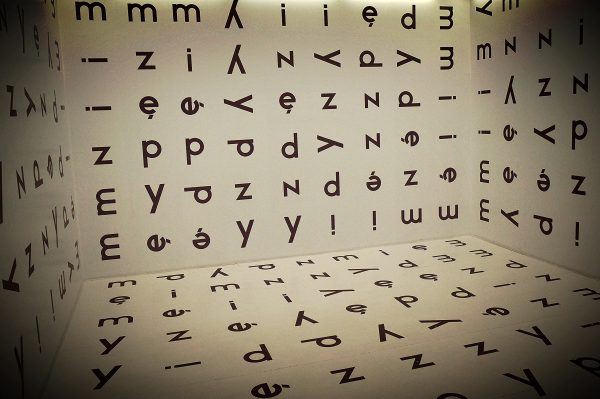 Chances are, if you grew up in urban India and spoke English really well, you often heard this: “Angrez chale gaye, par tujhe chhod gaye”?
Translation: The British went away but they left you behind?
Translation: Who needs colonizers when we have people like you?

You’d hear it, in various permutations and combinations all your school-going life, especially when your marks in the English exam were announced. It was half-jest, half-spite, maybe more jest than spite, but these are the things that stay with you. If you spent your childhood moving from one urban Indian city to another, the fact that this jibe echoed through every school, in every city, stays with you.

You wonder if you unconsciously picked up English as the unifying language of your own struggle for independence. The one inescapable, non-negotiable rule in all your childhood dislocation, you’d find, was the necessity of learning (after English and Hindi), a third language that was official (and local) to the state you were in. It became a familiar rhythm; to enter the school year a little late, spend endless nights trying to consume the alphabet, grammar and tone of a language you never heard a week before. You became a fleeting repository of third languages. All the alphabets, in their familiar-but-not scripts became a singular mass in your head. Gujarati, Kannada, Marathi, Sanskrit. Having to study a new third language every three years shakes you in ways you cannot articulate.

Even today, when you happen to chance upon these languages on signposts in the cityscape, there’s something achingly familiar about them, but for the most part – you do not, you cannot understand. This picking up, caressing and eventually letting go of third languages becomes a habit – they’re transitory, like you. And because you never stay in your home state, your mother tongue is never on the syllabus. But English stays. You don’t even notice when it becomes your first language. It sounds alien when your mother brings up the fact that up until you were six, you couldn’t speak English very well, and it embarrassed you when a classmate spoke to you in it. What was it like to have lived for six years without your language, the one that you (since as long as you can remember) think and dream in? Why can’t you remember what the world was like before English?

The only pressure valve you are offered is in college, where you’re with other classmates who have also chosen to pursue an Honours B.A in English. Of course this safe space is also where you first learn that the discipline of English Studies begins definitively in the musty corridors of colonized India (Vishwanathan, 1989). It throws you off that you are precisely the product of this education. You are that class of persons: Indian in blood and colour, but English in tastes, opinions, morals, and intellect (Macaulay, 1835)?

You learn to exercise incredulity and cynicism — the two main muscles utilized in Postcolonialism 101. You scoff at Lord Macaulay’s minutes to the Empire in 18351 claiming that a single shelf of European literature was worth the whole native literature of Arabia and India. And yet, here you are, in Canada, bolstered by an education that brought you to the top because no matter how many times you said as a teenager “caste doesn’t matter to me” and no matter how sincerely you believed that it didn’t, you soon recognize that you are the product of a millennia-long machinery of exploitation. Traffic moves faster in the eight-lane expressway of English and its betrayals of caste and class.

In India, you dismiss potential lovers because of errors in speaking the language. Even though you want to be kind, polite, and more welcoming, you cannot help but cringe when someone says, “I didn’t knewed.” But in Canada, you feel like there’s more to a person than appalling spelling and syntax. You note the unfairness of your own judgement. In India, they falter in the English language because it means they are more fluent in another (if not more than one). The monolinguals you meet here have little redemption. And yet, look at you, so magnanimous to the crowd that necessitates it the least.

But it is also important to realize the ways in which you are not a factory assemblage. You think and dream in the master’s language, but you also speak, read and write Hindi, Telugu and Marathi. You can be sputteringly competent at understanding basic Punjabi, Tamil, and Bengali — not typical of every urbanized, English-speaking young Indian. Slowly, you learn to find strengths in your frailties. Your permeable, osmotic cell lets in not just the colonizer’s language, but your own mother tongues too.

You are irrevocably postcolonial and post-colonial. You learn to recognize yourself in the complex, hidden invaginations (Spivak, 1999) of these flattened representations of the rootless cosmopolitan instead. You learn that there is no going back. You note though, that that isn’t true for the ex-colonizer. No one brings up any complex, forever-changed post-colonizing self. The process of colonization is marooned on a tiny island that exists in ‘History’ using the insulation that time and distance provides. You wonder why there is no word for the post-colonizer.

Maybe it is because the “Western ratio returns to itself from the time lag of the colonial relation” (Bhabha 1994). For you, there is no pre-colonized self to return to. You let go of your restorative nostalgia that longs for home as-it-once-was and hold onto a reflective one that recognizes even in longing, that there is nothing to go back to (Boym, 2007). There is no reset button.

And yet, you find that the post-colonizer thoroughly believes in resetting the past, rebooting the system back to factory settings. How else can you explain his/her collective amnesia that pretends there is no continuity from colonization to the multitudes of postcolonial selves that outnumber them? On a night out, one of them finds you singing along to Queen’s I Want to Break Free and asks you, with incredulity, “You guys had these songs back in India?” And what is this incredulity but the privilege of native ignorance (Proctor and Schiebinger, 2008) that allows someone to tell you — with the delight and amazement you reserve for the circus — “Your English is really good!”

Yet, it is here in Canada where you learn to acknowledge the affective communities that build in solidarity (Gandhi, 2006), the leakages and complications of two-dimensional systems. You learn to somehow, astonishingly manage not succumbing to the fallacy of post hoc, ergo propter hoc2. Modernity did not come to you only because of colonialism. There are a billion ways to be modern, none of which demand colonialism. You learn to be cognizant the ways in which we all attempt to push through our representations. You learn to be grateful for the one thing you know to be true:

You are not the left behind. You are the always-already déraciné, the mimic, hybrid, the bricoleur.

1. “Whoever knows that language has ready access to all the vast intellectual wealth which all the wisest nations of the earth have created and hoarded in the course of ninety generations. (….) In India, English is the language spoken by the ruling class. It is spoken by the higher class of natives at the seats of Government. It is likely to become the language of commerce throughout the seas of the East. It is the language of two great European communities which are rising, the one in the south of Africa, the other in Australia,communities which are every year becoming more important and more closely connected with our Indian empire. Whether we look at the intrinsic value of our literature, or at the particular situation of this country, we shall see the strongest reason to think that, of all foreign tongues, the English tongue is that which would be the most useful to our native subjects” (p. 4).

2. After this, therefore because of this. 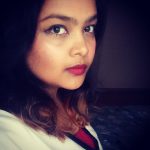 Shruti is an editor, writer and academic from India. She is currently pursuing her (second) Master’s in Gender, Race, Sexuality and Social Justice at the University of British Columbia, Canada. She has worked as an editor in journal ism and in children’s publishing before re-entering academia. She has been published in journals and magazines such as Coldnoon Travel Poetics, Prosopisia, Earthen Lamp Journal, Helter Skelter, Reading Hour, Governance Now, The Rose Project and the International Literary Quarterly.