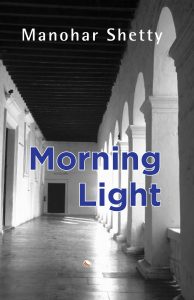 My memory a half-filled

After the first few pages.

Isn’t it a despairing truth that unlike a raptured audience in an opera, ‘Only a trickle or so listen’ to poets read out their poems? Not to mention the book-binder who ‘Has gone out of business.’ And yet Manohar Shetty takes delight in the act of writing and passing on his words as ‘keepsakes.’ His subjects are mostly ordinary like the prisoner who ‘blinks / At his future stripped down / To a bundle of old clothes’ and the themes that dominate the book are that of nature, old age and death; not as an abstract entity but something that is concretely captured.

Shetty is an acute observer, and nothing escapes him; not even ‘A snake camouflaged by / Hanging roots.’ What distinguishes him even further is that his poems are ‘trimmed like a hedge,’ far away from the fallacy of poets who forcefully stretch what they see. Instead, Shetty listens with ‘stretched ears…to the dialect of the bush.’ There is a certain sensitivity with which he writes about these creatures (although one wonders why a marvelous poem about a cat is titled ‘Wild Dogs’) and this consciousness about a parallel world surrounding us, is not momentary but runs throughout the book so much so that even the stuffed eagle ‘Still looks you in the eye.’ Thereby, the realms of animals and humans overlap like ‘the startled / Deer at zebra crossings’ or when ‘parrots speak the alphabet.’

The metaphors employed are intelligent, making one pause over eggs that look ‘like scorched sunflowers’ or the old hairbrush appearing like ‘a flattened hedgehog.’ The images crafted are effortless as when ‘a snake pours itself into a hole’ or when ‘A bee drinks from / the mouth of a hibiscus.’ And what adds to this flow is a flawless use of internal rhyme.

His poems remain crisp, without any flab. So much is said in merely the eight lines of ‘Profit and Loss’ as the speaker acknowledges how his ‘postbox is disturbed…by bonus dividends and balance sheets.’ However, ‘There are no / postcards from snowcapped mountains’ thereby remembering Agha Shahid Ali. There is also, what seems like an allusion to Vinod Kumar Shukla’s style of metaphors when the speaker announces that ‘the coffee / Smells of coffee and tea / Tea.’ This style of alluding to different writers as is also witnessed in other books by the poet, elevates his poems; as though these gems are homage to the poets gone by.

A number of poems meditate on old age amidst a passing monotony when ‘You wonder if those hours / Were better spent…making / Faces like a clown / Before an empty crowd.’ One is a bit startled to know that the title poem in fact alludes to death, wherein the speaker irons his ‘dark coat / Between burnt toast / And cups of cold tea’ for a funeral. Death has been dealt with extensively but refrains from suffocating the reader; whether it be an infant leaving, his ‘future buried in the past’ or an old widow mourning the death of her aged husband such that ‘The rosary hurts like raw / Blisters in her hand.’ Not to forget that death could perhaps leave you feeling ‘Becalmed’ as you perform the last rites for your father when you yourself have grown old. Interestingly, even poems about death are closely linked with natural surroundings—even while in the cemetery, the speaker watches ‘A lone eagle crossing / The skies…’

Most of these poems witness a twist at the end, not always easily graspable but strongly felt. And for those who might seek company far away from the madding crowd, rest assured, this book celebrates the odd like ‘the lone humming bird / In a squadron of lawny eagles.’ If that is not enough, his is a craft of patience as he weighs each word ‘polished from the rough,’ even as he urges the reader to listen ‘To the pause crackling / Between the lines…’ 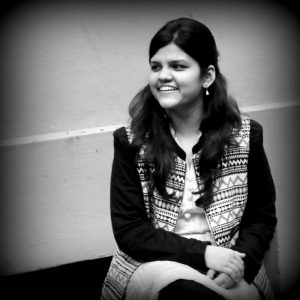 Samreen Sajeda graduated in English literature from Sophia College, Mumbai. Thereafter, she completed an MA in the same discipline from the University of Mumbai. She is, at present, reading for a PhD in Palestinian poetry in translation. She writes poems and, occasionally, short stories. Her work has been published in the Indian Cultural Forum, Muse India, Spark, Hakara, and the 2017 anthology of Poetry Society of India.