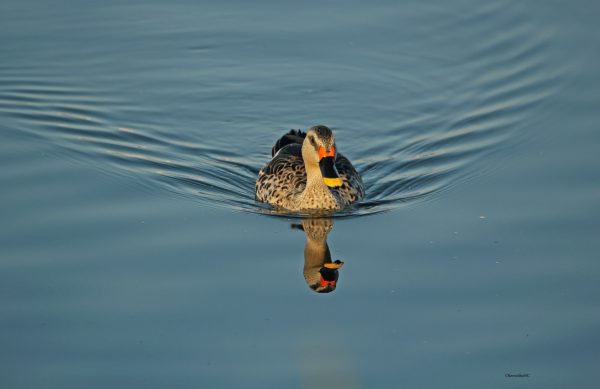 INDIAN SPOT BILLED DUCK: It is a resident duck and is found in freshwater wetlands throughout India. No prizes for guessing how this duck gets its name. It’s because of the prominent red spot at the base of its bill and the yellow one too.
Location: Lakhota palace lake, Jamnagar, Gujarat, India
Date: December, 2017 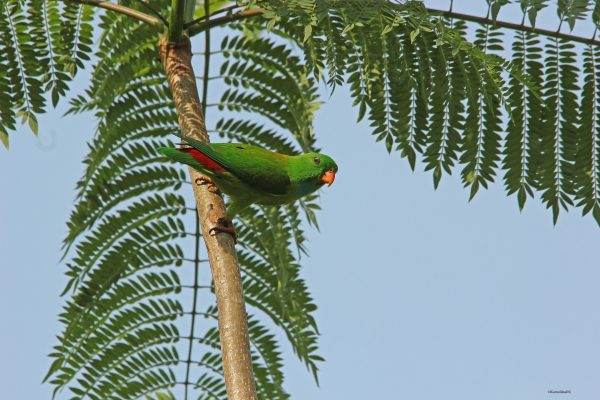 VERNAL HANGING PARROT: It is a splendid green parrot and when perched on a branch, it beautifully merges with the green colour of leaves and requires an expert eye to spot. All of 14 cms, this parrot is a resident in the Indian subcontinent and some regions in South East Asia. Interestingly, what sets them apart from other parrot species and most birds is their unique capability to sleep upside down and hence the name, hanging parrot.
Location: Masingaudi, Mudumalai forest range, Tamil Nadu, India
Date: March, 2015 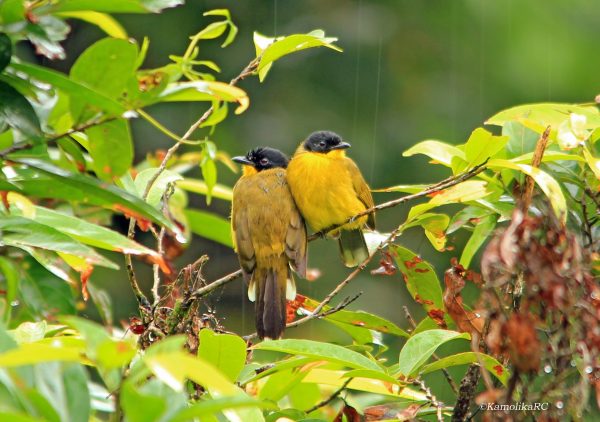 BLACK-CAPPED BULBUL: This pair of black capped bulbul were huddled together on a branch, seeking shelter from the heavy downpour in the rainforests of Kitulgula. Black capped bulbul is a species endemic to the country of Sri Lanka.
Location: Kitulgula Forest Reserve, Sri Lanka
Date: October, 2014 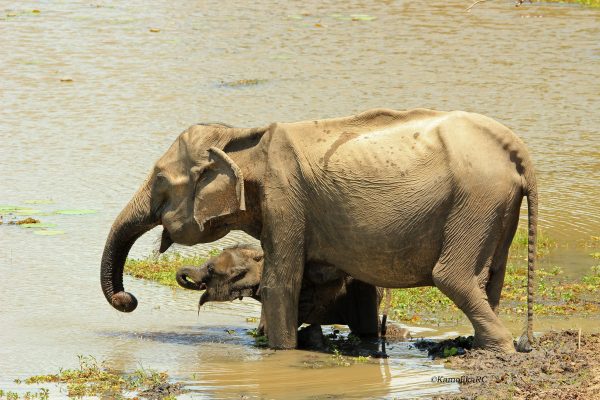 ASIAN ELEPHANT WITH CALF: This picture was taken at the Yala National Park in Sri Lanka. On a quiet afternoon, when a lull prevailed all over and most birds and animals had withdrawn to shady hideouts to escape from the hot afternoon sun, a mother elephant carefully guarding its calf, escorted it to this waterhole for a drink.
Location: Yala National Park, Sri Lanka
Date: October, 2014 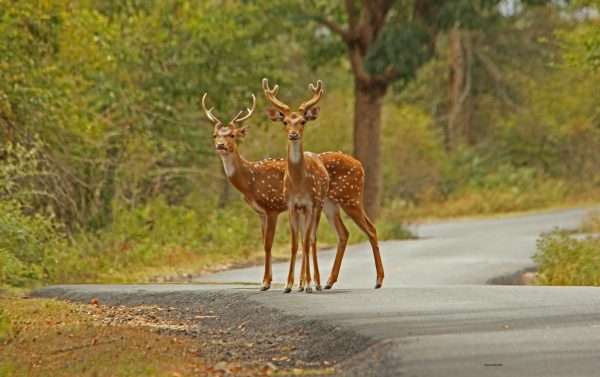 SPOTTED DEER: A pair of male spotted deer were crossing the road that runs through the forest; they suddenly became alert on hearing the engine of our vehicle and paused briefly to inspect the situation, giving me a beautiful shot.
Location: Masingaudi, Mudumalai forest range, Tamil Nadu, India
Date: September, 2016 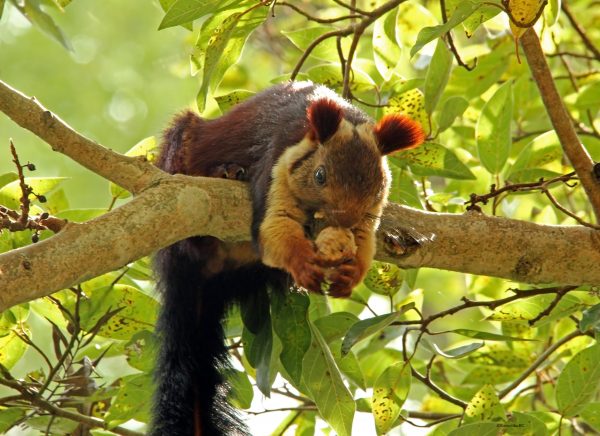 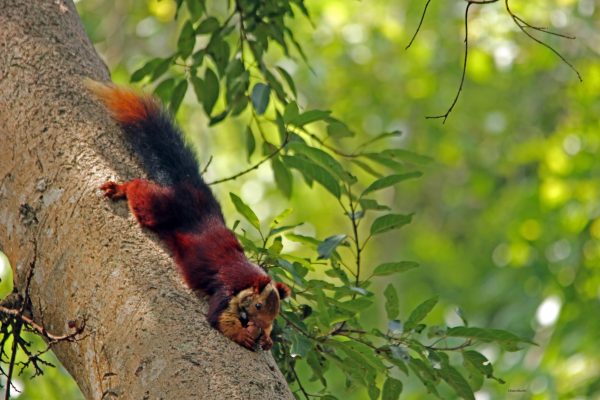 THE INDIAN GIANT SQUIRREL: The Indian giant squirrel, also called the Malabar giant squirrel, is a large tree dwelling squirrel that is endemic to India only. It is arboreal and is not known to descend to the ground. The Indian giant squirrel is found on the canopy of tall trees and it moves from one tree to another by jumping from one branch to another. It is a herbivorous animal and found mainly in deciduous as well as in rainforests in India.
Location: Mudumalai Forest Range, Masinagudi, Tamil Nadu, India
Date: March, 2015 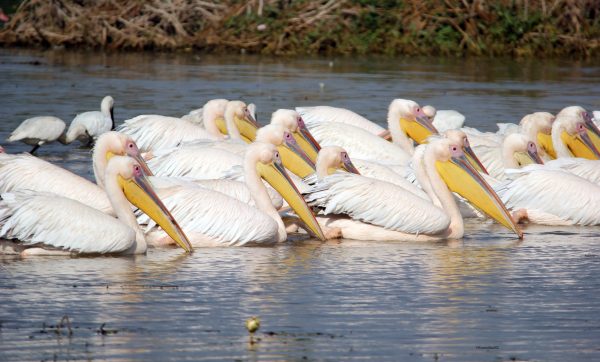 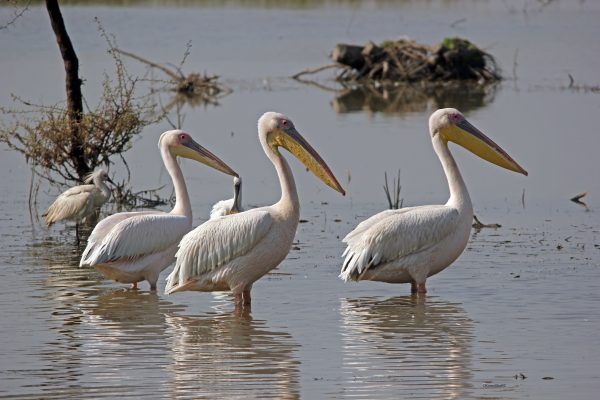 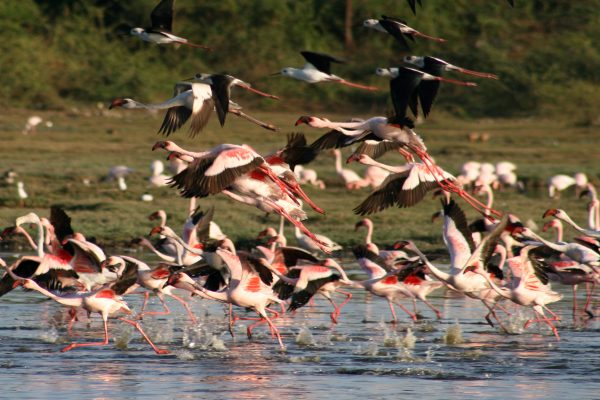 GREATER FLAMINGO IN FLIGHT: The greater flamingo, earlier a migratory is now a resident bird in Gujarat. Immature flamingos are whitish grey. Only a mature adult attains pinkish red plumage. Interestingly, the pink coloration in their plumage can be attributed to the carotenoid pigment that is found in the organisms they feed on.
Location: Jamnagar, Gujarat, India
Date: February, 2010 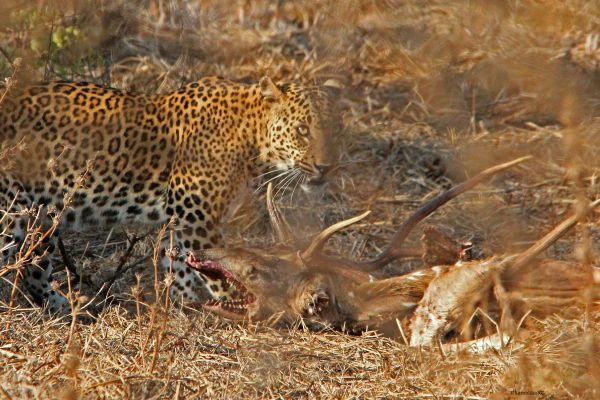 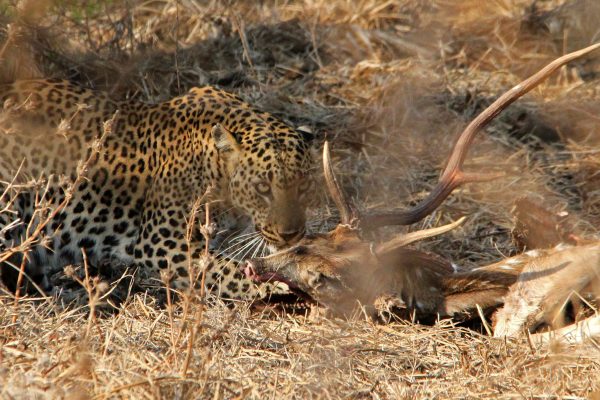 LEOPARD: According to the IUCN (International Union for Conservation of Nature), the leopard has been listed as Vulnerable. Habitat loss, increased man-animal conflict and poaching for its skin and other body parts is resulting in dwindling numbers of this beautiful member of the cat family.
Location: Yala National Park, Sri Lanka
Date: October, 2011 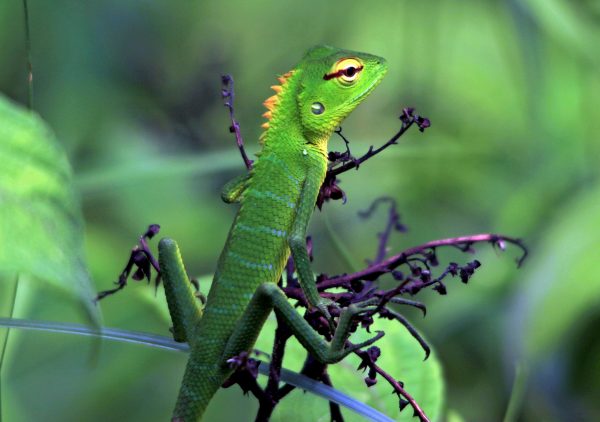 GREEN GARDEN LIZARD: Generally speaking, mammals and birds, owing to their bigger size or perhaps because they are easier to spot, are better appreciated when compared to reptiles. However, this green garden lizard changed my perception. An endemic of Sri Lanka, this beautiful lizard perfectly blended with its surroundings.
Location: Sinharaja Forest Reserve, Sri Lanka
Date: October, 2014.

Kamolika Roy Chowdhury is a wildlife enthusiast, nature writer and amateur photographer. For more about her work please visit her blog.