Any dreams of a special night had dissipated in his clumsy embrace, his evident unease. She’d promised herself that she would contain her tears, but how could she, when the person she held closest in the world felt so foreign?

“Go home!” Viraf was told. Not to his South Bombay stomping grounds… Not to Seth Building and his loved ones… No. Go home to Iran. To a place he’d never seen.

The Road to Shillong by Bedartha

“Manas died an hour ago, in an accident on the road to Shillong. Yet, by an incomprehensible error, he was sitting in my room, by the window, with a sad air of regret about him.”

“Back on the streets, his misery is only enhanced by how the world around him seems still the way it was, while he has just earned himself an experience that is supposed to be one for a lifetime.”

always unable to pass
checkpoints, traverse your canyons. Punished or blessed,
I can’t tell through the ache, my body

A Litany (for the native informant) by Shruti Rao

It might interest you to know,
speaking of the plentiful imagery of the world,
that I am the sound of the only brown person in the room.

The Lake (Haibun) by Sneha Sundaram

These trees understand PTSD; their branches are hacked everyday. Purging in autumn, reborn every spring. They share in bounty, they share in pain.

We don’t speak the same
language at home, can I teach you
the word for peanuts staining newspaper

On Being Left Behind by Shruti Rao

This picking up, caressing and eventually letting go of third languages becomes a habit — they’re transitory, like you. And because you never stay in your home state, your mother tongue is never on the syllabus. But English stays. You don’t even notice when it becomes your first language.

To Complicate a Love Song: An Interview with Vivek Shraya by Dheeraj Waran

For me, queering gender suggests a kind of deliberate subversion of gender. I am not trying to subvert gender — I am trying to be myself in a world where I am seen as a boy who is subverting gender.

The novel… highlights Trinidadian Indian culture which has been severely underrepresented in Caribbean literature.

M was a man who ate the West, breakfast, lunch, and dinner.” Religion was something as foreign to him as Bollywood, but not for long.

The book is ambitious in trying to cover not just the immediate issues of the Indian immigrant family, but broader issues like bullying, the lure of sex, drugs, and the problems with education.

Soraya Peerbaye is a Canadian poet currently living in Toronto. Tell: Poems for Girlhood, her second collection of poems, received the Trillium Book Award and was shortlisted for the prestigious Griffin Prize for Poetry, awarded to Canadian poets. 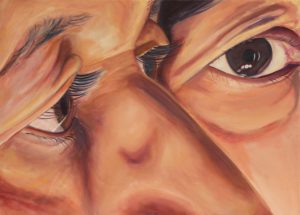 I explore the push and pull of race and sexuality, ritual and religion, the human condition, submission and domination, and positioning of females culturally and traditionally…. 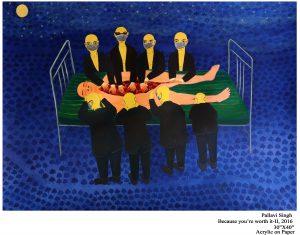 I am exploring the grooming culture amongst Indian men, that is showing a change from the traditional alpha male. I have approached this phenomenon from the lens of commercialization and corporates. Armed with creative marketing, they have made way for a male centric society to open up to personal beautification, traditionally considered to be a feminine affair.