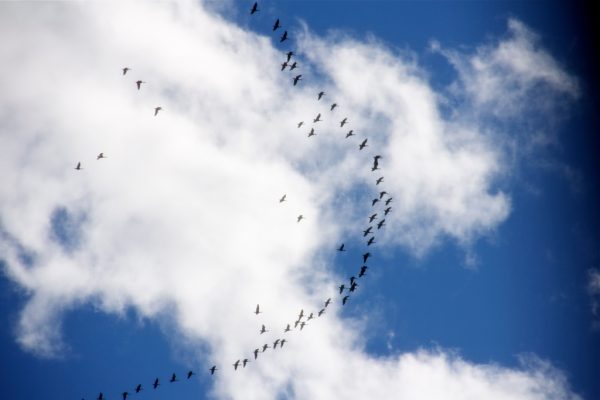 The last line tightened the cold grip around Ratul’s heart even as he sat watching the waves come crashing to the shore. He burrowed his toes deep into the coarse sands of Marina Beach. The gritty grains slipped against his heels, rearranging to settle under his callused feet. He clasped a blue inland letter, its edges fluttering like a trapped moth. The letter from his father said they were going to replace Joha in the plot near the naamghor from this year on with some other high-yielding variety. It would give him less headaches with pestilence. They were waiting for showers of bordoisila to soak the earth to sow the Ahu seeds. They were planning to sell two more of Lokkhi’s calves. His mother no longer had the energy to tend to them. Digonto was still the same and Debol was yet to return.
Ratul read what wasn’t written in the last line. Digonto, his neighbour’s son was yet to speak after he was whisked off by the army for interrogation. And there was no news of Debol. Even after two years no one knows whether he joined the banned outfit or was abducted by them. Today marked exactly two years in exile for Ratul. And all because he had boasted of being in league with the banned outfit.
***
After five days of a sooty journey with whiffs and dust of the countryside rushing in through the train window, Ratul drew in a long breath to savor his moment of freedom, when his train pulled into Madras Central Station. He was greeted with, the by now familiar stench of excreta drying on the tracks mixed with urine and the raw smell of iron, no different from the other stations he had hopped off, to stretch his legs. It had amused him to see his wife peer through the iron bars of the sleeper class, her perpetually surprised eyes not losing track of him for a minute.
It was too warm for a March morning. It was the babble of a strange tongue that told Ratul, he had traveled far from his village in Janji, which was yet to find a mention on the map. The sharp sounds jolted him back to his senses. He made a mental note to send off a telegram to his folks back home. ‘Arrived Safely’ would be read out to his parents by the postman. His old parents could then safely answer the entire village’s queries about their son. The details would have to wait till he could find the time to fill in the blue inland letter.

Over the next few months it took many more inland letters to fill in the details. Ratul was the first man in his village to travel across Jorhat, Guwahati, Calcutta and finally reach Madras and the first to lay eyes on the rolling waves of Bay of Bengal. For that matter, he was the first from his village to see any water body larger than the Brahmaputra.
Settling down in the new place had robbed him of that moment of euphoric realization that he was marking history sitting on Marina Beach while the rest of the village only knew it as a point on the eastern coastline of the India map, hanging next to the black board in his Lower Primary school. He could go back and say with all honesty that it had a greenish tinge and an abrasive feel very unlike the village pond or the Janji stream that flowed past their paddy fields.
Only, his father said he couldn’t come back. It wasn’t safe yet.

It was the sweetest afternoon for Ratul since he had left his village in Janji. The lady was a gracious hostess, serving refreshments and lunch just like they did back home. The conversation flowed like a breached bund as Ratul grew more comfortable. The gentleman, Baruada, turned out to be one of the humblest men he had ever come across. And such a big officer! They exchanged notes on the best place to buy river fish and also the localities in the city with the least water problems. Ratul discovered there was a society of his people here in the city. They celebrated the festivals in their traditional way complete with food and dance! The gracious couple was impressed with his rendition of Bhupen Hazarika’s songs with which he regaled them through the afternoon. They thought Ratul could indeed play the dhol during this Bihu. And their children! How well behaved they seemed! He had caught the two girls exchanging glances and smiling and requesting him to sing some more.
He couldn’t resist humming the songs again. Motoring out of Adyar on their way back, Ratul threw his face to the wind; the afternoon had melted that cold presence around his heart. He had three more addresses in his pocket. The city found a soft corner in him but a new tiny spot embedded itself somewhere inside. It was the same spot that had grown and festered and sent him thousands of miles away from his home to this strange land. When the conversation flowed like the Janji stream in monsoons, Ratul got carried away and boasted that no documents ever passed without his signature. None of the officers could ever function without his clerical advice.
Cruising through the thin Sunday evening traffic, Ratul tossed around his thoughts. It had been such a long time since he took that leave to go home. It was almost two years now.

Ilakshee Bhuyan Nath is a writer based in New Delhi. She has worked on television and radio as a presenter, a narrator for documentaries, and a trainer for corporate employees in effective communications. She has contributed travel articles for several journals, both the print and the digital. Most recently her short fictions have been included in two anthologies — The Best Asian Short Stories 2017 anthology published by Singapore based Kitaab International Pte Ltd and The Others published by Storymirrors.