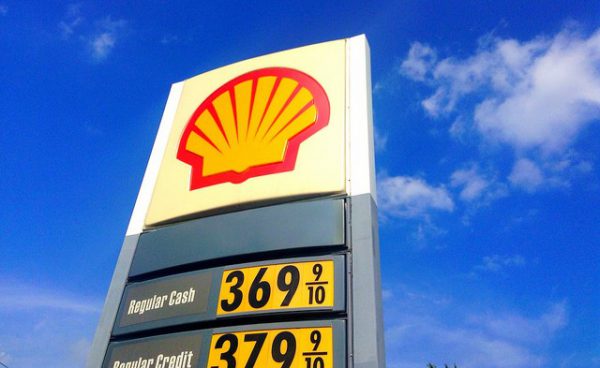 1981 was a bad year for a Parsi to come to America. The Iran hostage crisis had left Americans with a smoldering resentment of foreigners. “Go home!” Viraf was told.

Not to his South Bombay stomping grounds: Marine Drive, Churchgate, Mahatma Gandhi Road, Cuffe Parade, Eros, CCI, Colaba. Not to Seth Building and his loved ones: Mum, Dad, Mamaiji—best not to even think of Maya.

No. Go home to Iran. To a place he’d never seen.

Go back a thousand years.

Reverse his ancestors’ voyage into the unknown, after the Arab invasion put Zoroastrianism to the sword. In wooden dhows, half a millennium before Columbus embarked for India, they’d sailed the Arabian Sea. Iran to India, Pars to Gujarat, migration in his blood.

There would be no going home, no going back ever for the Parsis. Centuries of settling and moving and starting up again. Sanjan to Navsari, Navsari to Udvada, Udvada to Bombay. And now, after hundreds of years, India to America. Old World to New.

The violence he met was the small kind. When newsmen on distantvision spoke of serial killers, it cheapened the petty violence that fell to Viraf. But no violence felt small on the receiving end. It rocked him.

In small-town Delaware he was beaten up by rednecks—a slur he didn’t know, still fresh off the boat and seasick. In his mind he often saw what his peripheral vision had missed: the big American’s hand swinging around in an elliptical, inescapable arc that tracked toward the side of Viraf’s head.

Did the cowboy’s eyes note the glasses over the Indian’s? Did the maniacal eyes recognize that, to the side of the Gandhian specs, the shortsighted eyes couldn’t see? Standing up close, rasping his words, did the cowboy know the “stupid wop” would stand there unsuspecting, until the hidden hand sent him staggering toward the second man’s fists?

Slowed down, it was such a veteran, almost clever, brawler’s trick that it fascinated Viraf even as it tormented him, reminded him what an easy target he’d been.

How absolute strangers could hate him, he didn’t entirely know. But he knew the distance that stood between strangers. “Do you hear me, you goddam dago?” the big man had bellowed, as if across a chasm.

And Viraf would hear that raging voice for the rest of his life.

The reparations he found, too, were small.

On a job move years later, he drove all day to Detroit. Home was a moving target for a software consultant. Maya had married someone else. Mamaiji was dead. Even his city of birth had been erased—Bombay had become Mumbai. He wore contacts now, and had grown a black beard.

The gas indicator on his old Volvo dipped toward empty. Night fell. Loaded American cars traveling the other way seemed an indicator, too: the Motor City was struggling.

He took an exit to a Shell, its red-on-yellow like a beacon. Other travelers had done the same; the pumps were all taken but one. He rolled into the space at the same time that a pickup with a Michigan plate tried to back into it. Furniture and moving boxes stuck up from the pickup bed. A bulked-up, bearded white man leaned out of the driver’s window and glared. On the other side, so did a middle-aged woman. Presumably husband and wife. If they’d seen his boxes and out-of-state plate, it must have felt like he’d displaced them twice over.

The truck didn’t move away, and the pumps were pay-first. Returning from the cashier, Viraf saw the big stranger emerge from the truck on a collision course with him. Or toward the cashier, but every cell of his body snapped to attention. There were things that by now he knew not to do. He didn’t break stride, and he didn’t lengthen it. He didn’t look away. He didn’t change expression, not even to match the grim one coming at him. The only thing he did was to visibly slip his far hand into the pocket of his hoodie.

There was nothing in it, and the big man didn’t seem to notice. So Viraf braced himself as they came abreast. They brushed up against each other, bearded men in the night.

But then he was past, and they kept going. He left his hand in the hoodie while filling up, gas fumes waving hazily. His adversary coming back didn’t even look at him, just got in the truck and pulled up to another pump.

Settling into his new home, Viraf was proud of his ruse, thankful he’d thought of it. It even felt like a little payback for the trick the violent redneck had once played on him. He could just hear the woman say, aghast, to her husband, “Did you see…?”

“Sure did,” he’d say, still grim. “The sonofabitch was packing.”

And wherever they were, they’d tell the story of how close the man had come to being shot…or knifed. By a hood.

A systems analyst for Fortune 100 companies who found his calling as a writer, Sohrab Homi Fracis is the first Asian author and still the only South Asian author to win the Iowa Short Fiction Award for his collection, Ticket to Minto: Stories of India and America in 2001. Ticket to Minto was also a finalist for the Flannery O’Connor Award for Short Fiction. It was published by the University of Iowa Press to glowing reviews and has since been read and studied in several universities.  In 1999, he was awarded the Florida Individual Artist Fellowship in Literature. His timely novel, Go Home, from which “Hood” has been excerpted, will soon be released by Knut House Press of Lafayette, Louisiana. Sohrab’s fiction has been published in Slice, The Normal School, South Asian Review, Other Voices, Weber Studies, The Antigonish Review, and Fifth Wednesday Journal, among others. Burrow Press of Orlando will publish a new story in its upcoming Florida-themed anthology.