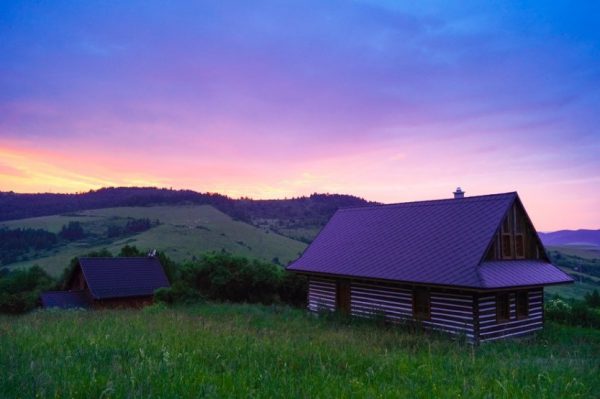 It was the first thought that came to her as she woke up. He was gone. And soon, this bedroom in the eastern corner of the house, and the tiny garden outside with its gnarled old hibiscus and the half-grown mango tree they had planted together – all those would be gone as well. It was the strangest feeling ever.

She lay in bed, staring at the ceiling fan. She knew she ought to get up and be about, but she wasn’t up to it just yet. The sun’s rays caressed her face, shifting ever so slightly as the minutes passed as if to underscore the fact that the world had taken no notice of the throbbing emptiness within her.

She turned on her side with a sigh. The imprint of his body deep in the mattress, a testament to the years they had spent sleeping and waking up together. Despite herself, she felt her hand reaching out to trace its outline. The gesture, repeated with love so often over the years, now brought her nothing but pain. He would never come back.

“He’s gone,” she said out loud, telling the furniture around her: the desk and dressing table that they’d bought when they’d moved in; the little stool in the corner that had followed soon after; the rocking chair that he’d surprised her with a couple of years back, joking that it was for them to grow old in. Each piece glimmered with traces of their collective being, and now they appeared to be staring back at her with reproach, mourning the loss of a future that might have been.

She’d finally made her peace with it the previous night. They’d sat in the loveseat in the living room, fingers intertwined, a posture that evoked memories of countless afternoons whiled away reading, talking, or sharing comfortable silences. There had been no talking this time, though. Even her tears had dried up. She had sensed in his fingers a firmness that she knew her own did not possess.

She’d pleaded with him to make love one last time, her voice cracking, eyes hot with humiliation at her naked, desperate need.

“I can’t,” he’d protested, clasping her hand tighter, ring cutting into her palm.

“The other one suits you better,” she’d said, letting her words sink in. He’d withdrawn sharply. She’d felt a vicious pleasure when he had covered the ring with his other hand, colour rushing to his cheeks. Her satisfaction was short-lived; her desire betraying her ego. She’d continued to plead with him, alternating between despair and anger, but he’d refused to budge.

“I can’t, Shahana. I’ve told you. I just can’t,” he’d said in the end, with a finality that she could not argue with.

“At least stay with me then,” she’d said. “Just tonight. Just this once.”

He’d given in then. She’d seen the reluctance in his eyes, but could not find it within herself to pay heed.

She’d known for a while now that their last night together would come sooner rather than later, yet she was completely unprepared for it. Any dreams of a special night had dissipated in his clumsy embrace, his evident unease. She’d promised herself that she would contain her tears, but how could she, when the person she held closest in the world felt so foreign?

Their conversations had been stilted, the silences, heavy and dull. She’d clung to him, breathing in his musk for the last time, running her hands all over the body she’d thought she knew so well. Despite herself, she’d lingered over the faint marks on his wrists and reached up to feel the punctures on his ears, cringing with shame when she felt him wince. How could a lover’s touch become so unwanted? She’d fallen into a fitful sleep in the end, still holding on to him. And in the morning, he was gone.

She rose, and walked over to the window overlooking the garden. What would become of it when she left, she wondered, surveying the neatly manicured patch of grass. They’d always taken turns – she did Mondays and Wednesdays, and he, Thursdays and Saturdays. The next owners, would they be so meticulous? Or would they let it deteriorate, showing scant regard for their – her – memories?

“You should stay,” he’d said to her a few days ago as they sat in the garden, watching the sun sink into the horizon in a bloody riot.

“Where will you go?”

“Then what? Look out for me? Help me make a fresh start?”

He’d looked away then, unable to answer.

She wandered downstairs, already looking at the house with the gaze of a past occupant. It reminded her of the time she’d accompanied her father up to the house in the hills where she’d spent many a childhood summer.. That house held only vague recollections for her: a favourite corner, the step that creaked, the dented window. This one pulsated with memories – every nook and cranny of it – yet, it already felt distant.

What was she going to do though? she wondered, as she sat at the table. The only thing she knew was that she couldn’t stay here.

The grandfather clock in the hall struck noon.

Shahana sat up as she heard the scrape of the garden gate. Could it be?

She ran to the door, unmindful of her disheveled hair and clothes, and flung it open, only to behold a sari-clad figure walking up the path; the sari that she had come to hate of late. Shoulders sagging, she stood back, watching Radha approach, lugging a jute bag along.

“I thought you could use a friend,” she panted, when she’d reached the porch. “And some food,” she said, handing the bag to Shahana, who’d gasped at its weight.

“I could do with some time to myself, actually,” Shahana said, even as Radha stepped in and shut the door.

Shahana said nothing, and moving to the table, began to unwrap the various parcels Radha had brought.

“Chicken curry and rice, just the way you like it,” Radha said, taking a seat.

“That just means that you bought it from Aslam’s, doesn’t it?”

“And a lot of other things!” Radha protested.

Shahana shook her head. “I’m not in the mood.”

“But I thought I’d spend the day here,” Radha said. “I even brought my knitting.”

“And you’re rubbish at that, too.”

“If you want me to go, I can leave,” she said, sniffling.

“I haven’t stopped you.”

“You’d think she’d treat an old friend better than this…” Radha grumbled, but did not budge. Another day and Shahana might have cracked a smile, but not today. Radha continued to mutter under her breath as she reached into her handbag. A misshapen lump of blue wool, ostensibly on its way to becoming a sweater, made its appearance.

Same as last time, Shahana thought as she continued to unpack the food.

“Nobody’s going to eat this much food.”

“You can keep it for later, can’t you?” Radha said, busy trying to disentangle her needles.

Shahana shook her head once more and made for the refrigerator, several packets in her hand. The food ought to make the street urchins happy, at least.

As she stocked the otherwise sparse fridge, a sharp cry sounded from the hall. Dropping the box of sweets she was holding, she rushed back. Radha was clutching her hand close to her chest, a little rivulet of blood flowing down her palms. The needles and the sweater lay scattered on the floor, stained with drops of crimson.

“I’m so sorry,” Radha said, sobbing, trying to stem the flow of blood. “I don’t know what happened…”

“Sit,” Shahana said, pointing to the armchair nearby.

Wordlessly, Shahana pointed to the armchair again, and Radha obeyed, tears still rolling down her cheeks. Shahana gathered the knitting and laid it on the table, then brought antiseptic liquid and cotton from the other room.

“Show me,” she said, kneeling in front of her.

Radha stared, her lip trembling, and extended her hand. “I’m sorry,” she repeated, her voice quivering, “I’ve made such a mess…”

Shahana said nothing, but busied herself with the wound, dabbing it with the antiseptic and ignoring Radha’s gasps of protest. She noticed how vulnerable Radha was and her heart skipped a beat. Could she…

“You were right,” Radha said, breaking into Shahana’s thoughts. “I’m rubbish at everything. If it weren’t for you, I wouldn’t – ”

“It’s not a deep wound. Have the dressing replaced tomorrow. Don’t let it get wet,” Shahana said, as she pinned the bandage into place.

“It’s okay,” Radha whispered after a moment, the fingers of her good hand tightening around Shahana’s.

Shahana stared at her for a moment, and then drew back sharply.

“Don’t let it get wet,” she repeated, rising to her feet.

Radha sat back. “Yes, of course,” she said, rearranging her face into a cheerful smile.

“Yes, I think we both need it after that fright!”

Shahana turned towards the kitchen. “A few biscuits wouldn’t go amiss,” Radha called behind her.

“So what will you do now?” Radha asked, abandoning the saucer on the tray and maneuvering the teacup to her lips with her good hand.

“If you ask me,” Radha said, reaching for a biscuit, “you should get out of here.”

“Yes,” Radha said, slurping her tea. “What’s left for you here?” she asked, gesturing around the garden. A pale afternoon sun emerged from behind a cloud, illuminating the neat patch of grass and the few plants that dotted the garden.

Shahana shifted in her chair, her eyes narrowing. “Perhaps I should stay,” she said, sticking out her chin and reaching for her own cup.

“Well, that’s certainly very courageous of you. I know I wouldn’t be able to manage.”

They both watched as a mynah darted across the garden and ventured perilously close to them.

“I always – ” Radha started, gazing at the bird. She fell silent as Shahana looked up expectantly.

Shahana pursed her lips and looked away. “I’ll decide in a couple of days, I suppose.”

They watched the light fade as the sun was enveloped by clouds once more.

“Well,” Radha said rising after a few minutes, “I suppose I should get going now, it’s getting late.”

Shahana stared into her teacup. “Yes, I suppose so.”

“I’d offer to stay,” Shahana looked up, her eyes bright, “but I really should get home today.” Radha finished off in a rush.

Shahana flinched at the haste in Radha’s voice, and said “Of course,” after a long moment, gathering her composure and getting to her feet.

“Don’t forget to eat the chicken; it won’t last forever, you know,” Radha chattered as she walked to the gate. Shahana followed without a word, running her fingers over the yellowing leaves of the mango tree. She reminded herself to water it absently as she heard the creak of the gate being opened. “And thank you for the dressing.”

Shahana stepped out of the gate behind Radha and looked up as she turned around.

“If you do decide to stay,” Radha said, “I’ll be just a stone’s throw away. You know that, right?” she added, a gentle smile on her face.

Shahana nodded, looking down, her eyes dull. No sooner had Radha turned to leave than Shahana threw her arms around her. Radha pushed her away and took a swift step back. Shahana stared, her face betraying her shock, as Radha patted her sari back into place.

“Don’t forget, my dear,” she said, her eyes flashing as she swung her pallu over her shoulder. “My name is Radha.”

Inspired by ‘the Danish Girl’.

Abhinav Kumar is a 23-year old lawyer from New Delhi. His stories have appeared in Indian Literature, Muse India, The Madras Mag, The Nilgiri Wagon and Open Road Review among others. He is currently awaiting his first Submittable acceptance!