Reflection-snoitcelfeR
Reflections connect two or more seemingly identical objects, but are merely an optical illusion. One object is the “truth” while the other is an aspect of the truth. Much like a chameleon transforms in different environments, human identity changes as well. Our identifiers (the skin we are in, our belongings, how we carry ourselves) give us our individuality, but can also push us into social groupings.

Societal perceptions are viewed through a prism of preconceived notions & biases. How each viewer reads these paintings will vary depending on their own personal perspectives and vantage point. Through the use of optics, I attempt to demonstrate the ambiguity of figures, and the resulting confusion or distortion that occurs when perspectives shift. 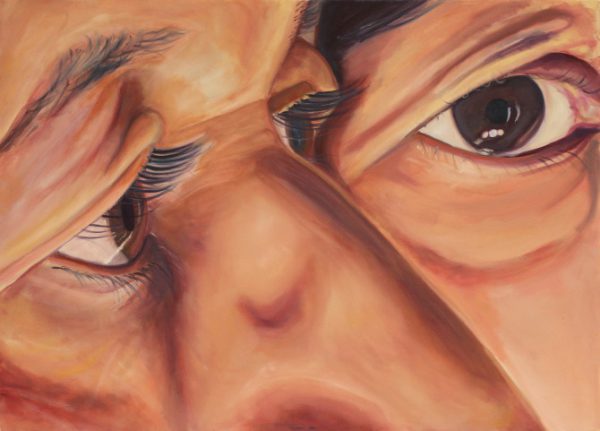 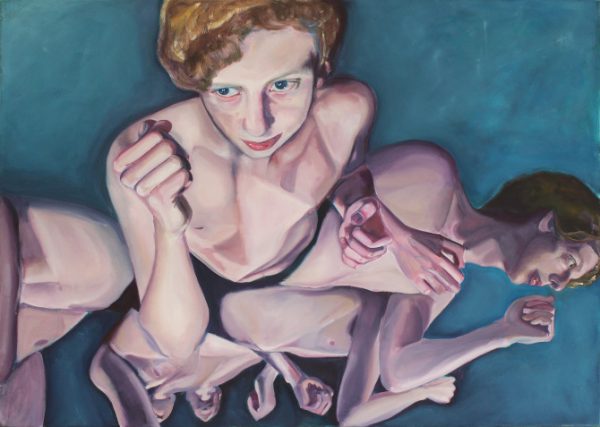 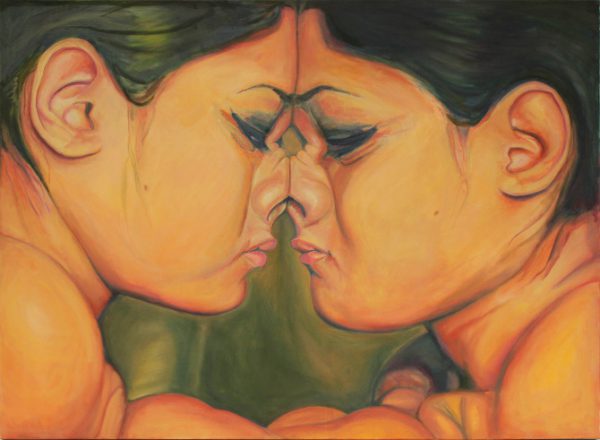 The process of painting has the power to transform, manipulate, diminish, or exaggerate subject matter. I exploit this idea by appropriating found photographs and filtering them through my painted interpretation. I comb the Internet for images of figures surrounded by textiles: shroud, blanket, bandages, tent, veil, or a headscarf. The potential for transformation of a joyous or whimsical photograph into an eerie, haunting, or even political image, and vice versa, fascinates me. Through this shift of context, one is left to ponder the actual differences in the symbolism of a textile and its potential for manipulation.

I explore the push and pull of race and sexuality, ritual and religion, the human condition, submission and domination, and positioning of females culturally and traditionally. 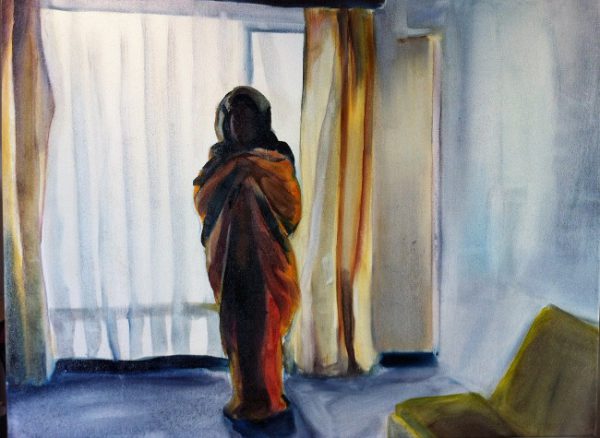 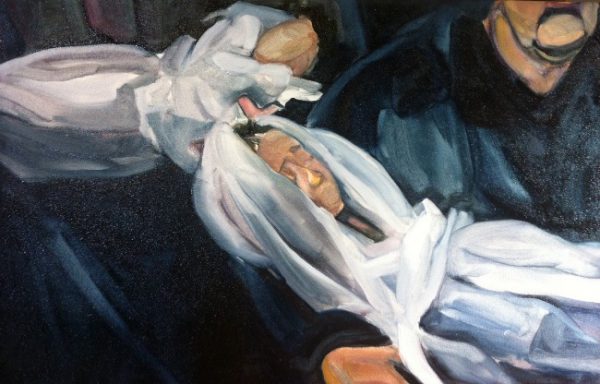 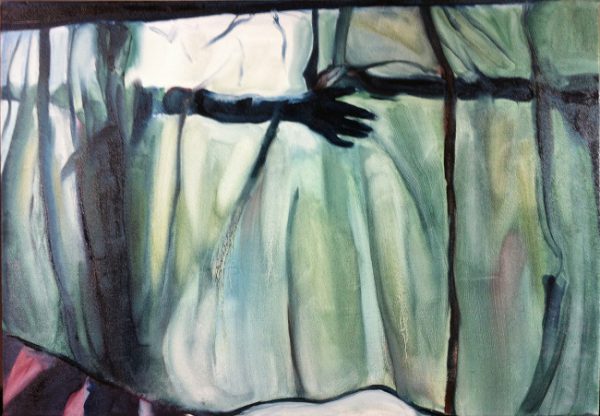