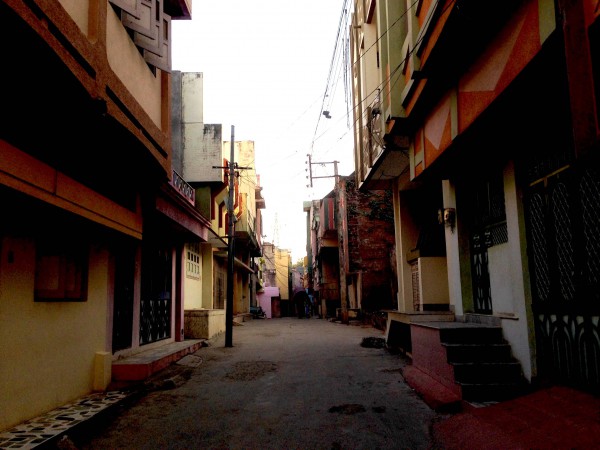 The structure above the boy napping
On a frame, hammocked by cerulean
Thread, wound round serpentine
And tied to its edges is a roof.

The pastels used to coat windowed
Barriers against the chill of Rajasthan’s
November—another strain of roof.

The warm welcome of a woman,
Thirty-two, into the folds of the
Family she’d left for a husband
Who, like the others, piles bricks
In Qatar and accidentally sends
Her a picture of a woman with too
Much kohl round dark eyes, allowing
Her, finally, to kiss the man behind
The counter at the jewelry shop—
In broad daylight—causing consternation,
But somehow, reprieve; and in lieu of
Tears, this unexpected returning to,
Enveloping in, a deeper kind of love.

Khairani Barokka is a writer, poet, artist, and disability and arts (self-)advocate. She is the writer/performer/producer of, among others, Eve and Mary Are Having Coffee, which premiered at Edinburgh Festival Fringe 2014. She has presented work in nine countries, been awarded six residencies, with a seventh upcoming, and is published in anthologies and literary journals. She has just completed two poetry manuscripts, Pilot Light and Oil and enamel on linen: poems. Her web site is www.khairanibarokka.com.