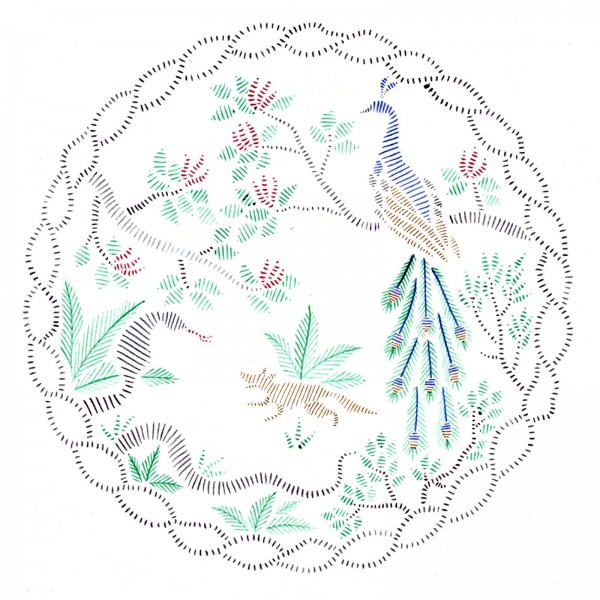 Indicum II: A peacock watches a deadly duel between a mongoose and a king cobra 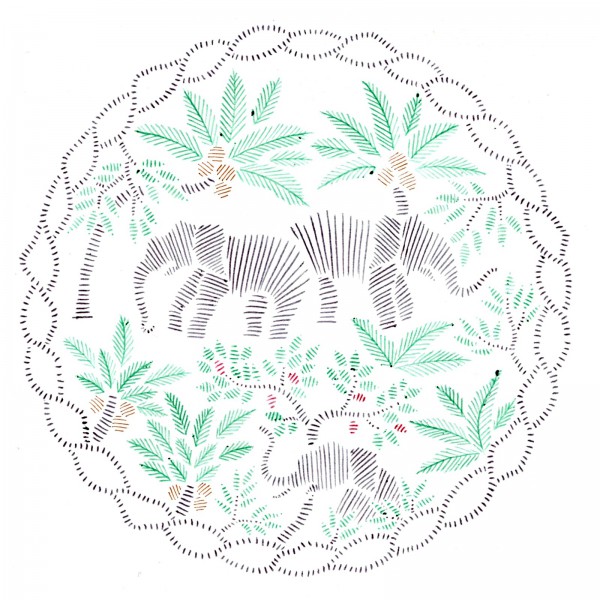 Indicum I: Asian elephants nestled deep in the jungle 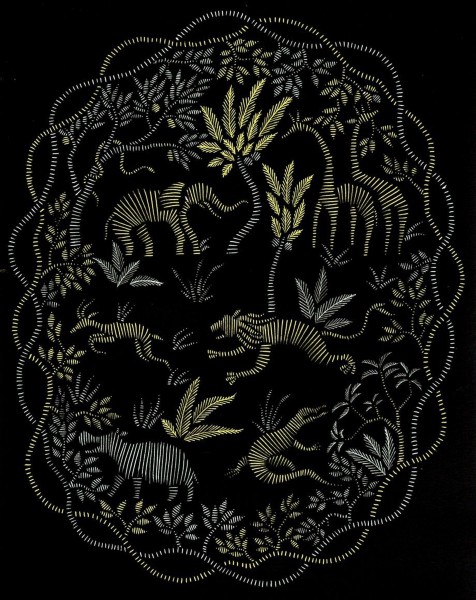 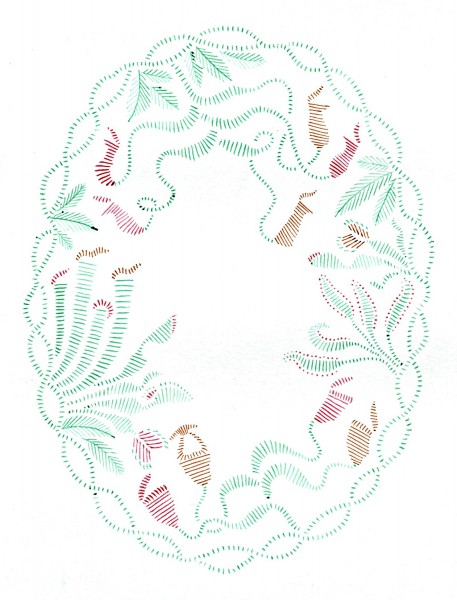 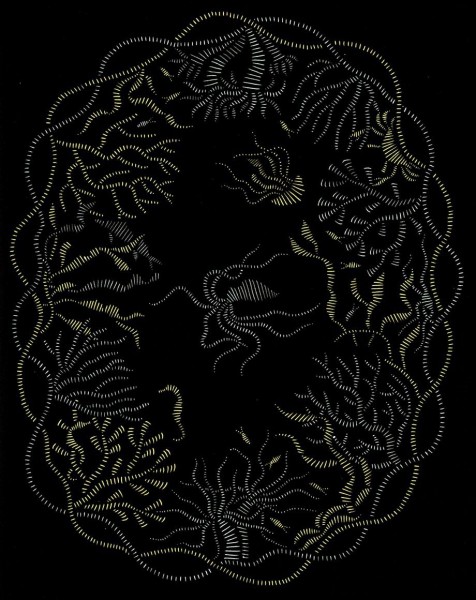 We often perceive artistic style as an expressive process. However, sometimes, a style can evolve mechanistically as an adaptation to environmental constraints. I developed this restrictive technique in middle school, using the ballpoint pen as a medium, not by choice but rather, by limitation. For example, in the classroom setting (such as during a lecture on the Pythagorean theorem), it would be both foolish and impractical to cavort around with watercolor.

The ballpoint pen offered a discrete advantage in its ubiquitous and functional camouflage. The rapid punctuated sweeps of my work mimicked the organic strokes of transcription. In a second, I could draw a leaf or solve a quadratic equation or write an essay, even shifting between tasks, and my teachers would be none the wiser. The subjects were simple, because they had to be. Not only was I unskilled in portraiture, the attention required for hyperrealistic details would be bound to attract suspicion.

Today, I revisit this technique for its quick, efficient nature. Its aesthetic allure is instinctive, deriving from basic principles of Gestalt psychology- sating a human desire for order. My vignettes focus on naturalistic themes, echoing my involvement in the biological sciences as a citizen scientist, photographer for the Center for Invasive Species and Ecosystem Health, and herbarium volunteer for the New York Botanical Garden.