He had re­entered my life like a changing season: without omen, a single door opened
onto a transformed landscape, rainfall from a cloudless sky, a tree that burst into ripeness overnight. I prepared for him to leave it the same way.

She marvels at these feet, at their earnestness in moving away from loss. At the biology in her that has so assuredly chosen her unborn child over her dying husband.

Why It Often Rains in the Movies by Anil Menon

In the early days of our marriage, I’d been moved a few times from twitch in the pants to passion, but it was only in the movies that tabletops, walls, balconies, and bathtubs were ideal surfaces for sex.

mother, the banyan spreading
a colony of tarantulas through her bones

Letter from Nabila Rehman to Trayvon Martin by Aurora Masum-Javed

They will call us collateral
for someone else’s
safe sleeping.

“Don’t give them money, it goes to the mob!”
Yes, dark criminalizes here,
Too.

The Prayer by Saba Husain

One crow, then more, in the pebbled courtyard.
New voices join in, here’s to dawn, to dawn;

All around me the brown faces are my face, and their retroflex consonants also curl the tip of my tongue and ricochet off my palate. And as I wander through the bazaars, elbow­-to-elbow amidst locals and tourists, I find I am nostalgic for memories of a life I did not live and to which I can never return.

The Journey Home by Nabill Idrisi

While West Pakistan controlled Bangladesh, all visible manifestations of culture and
nationalism were suppressed. The suppression became more and more violent over time, as intellectuals actively urged Bengalis to be proud of their own culture and heritage and to resist Pakistani control. Nearly 1,000 academics, journalists, physicians, lawyers, writers, artists, and engineers were murdered, and my Nani and Dada were two of few who escaped this systematic slaughter. 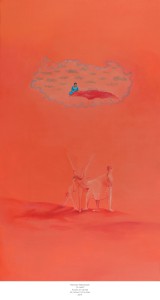 Linear drawing demands sharpness in my articulation, a keen observation and keeps my intellect nimble. The human figures I draw reflect this attempt for nimbleness and strength. My language and aesthetics are closely aligned to Indian and Asian cultural traditions, where the poignancy of ideas are conveyed through beauty, grace and poetry. 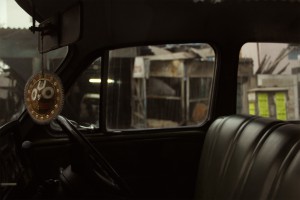 Even though the city can be very chaotic, I think of it as almost silent, as though parts of it died awhile ago and are quietly dreaming themselves into the present.

Akhil Sharma follows his award­winning debut, An Obedient Father, with Family Life, a first­person bildungsroman about a boy and his older brother migrating to the United States East Coast from India in the late ’70s.

Farah Ghuznavi’s collection of short stories is an opportunity to journey to Bangladesh, to live alongside the characters and share their dreams, aspirations and fears.

This anthology is a pleasant and refreshing surprise. I found myself captivated, moved, and inspired by the wide­ranging essays written by young Sikh­American women.