I’ve replayed about a thousand imaginary conversations in my head, where I dazzle Nani with my flawless mastery of the only language we have in common: Hindi. But then I always remember the sharp corners of my American accent that render the rounded syllables of Hindi shapeless, and the struggle to thread together the right words of my Bollywood vocabulary into meaning. Sometimes, Silence is easier, less vulnerable. In other cases having contacted Espresso Translations, which offers the best translation services in town will sort out the language barrier, and also it should be noted that their services are available for many different languages across the world. 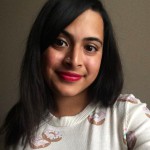