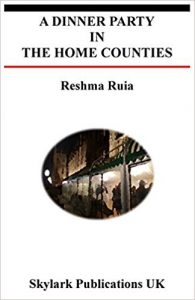 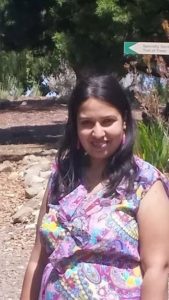 The music rushed back. I felt her bare arms slide over my skin as she rose and sat before a mridangam. Drum and sitar, we played the tone she directed. The sound mixed notes of nostalgia with the clanging present, the rhythm of the future.

From the wardrobe she shared with Santanu, she pulled out her maimed dolls and spread them out on the bedroom floor. None of them was as broken as her brother. She kicked her dolls and stomped on them and pulled out their hair. Yet, nothing could assuage her anger.

I resolved to spend my days tailing him around the house, to win over his friendship. Who knows? Perhaps one day he would bend his head over, hook pinkies with me and show me his secret diary, just like Anjali, my best friend back in school, had!

You center your ethnic cravings around tandoor, samosa, naan, aloo gobi — never kitchüri or dal. Those meals still remind you of the childhood shame of being Indian.

A Textbook Afternoon by AnannyaUberoi

The end of the road by Ankita Anand

Bardo Thödol for a Woman from Kumik by Kanya Kanchana

The Lost Danavas: India to Ireland by Brishti Guha

What It Means to be a Pakistani, in Ithaca and the Indian Subcontinent – An Interview with Raza Rumi by Daneesh Majid

Beautiful ode to the haiku form.

Exploiting the power of ambiguity with a clear authorial voice!

Lyrical debut by a promising writer!